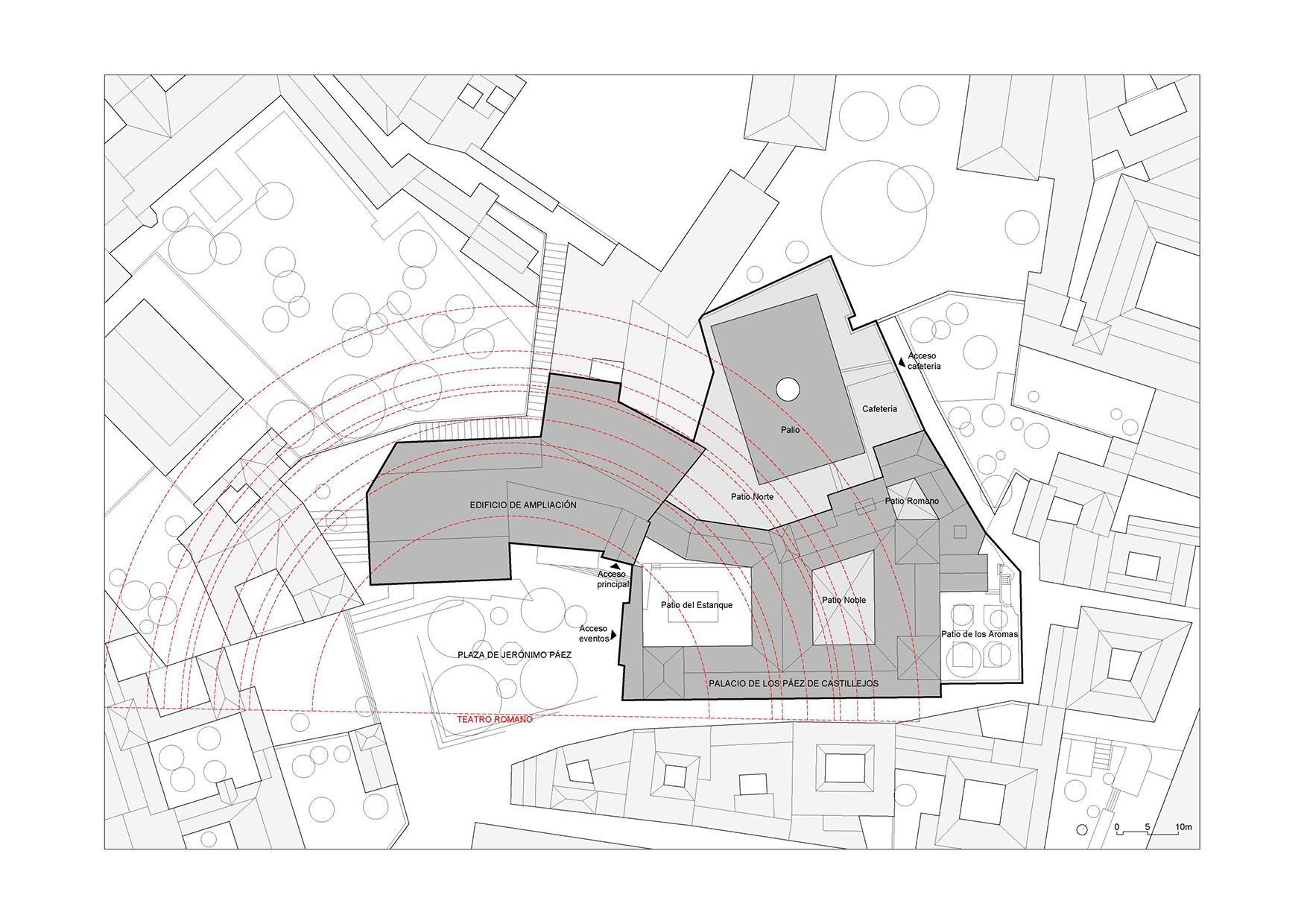 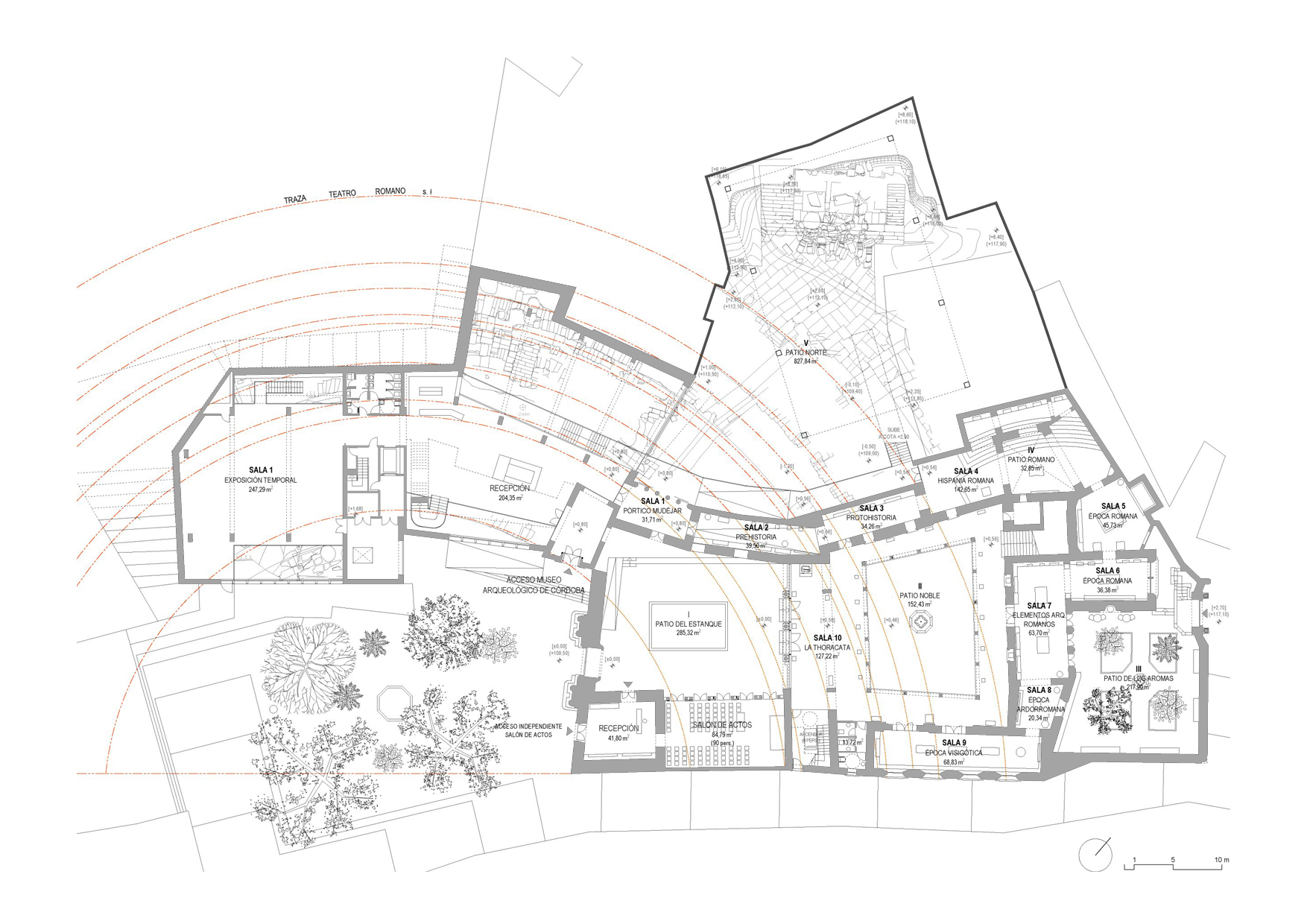 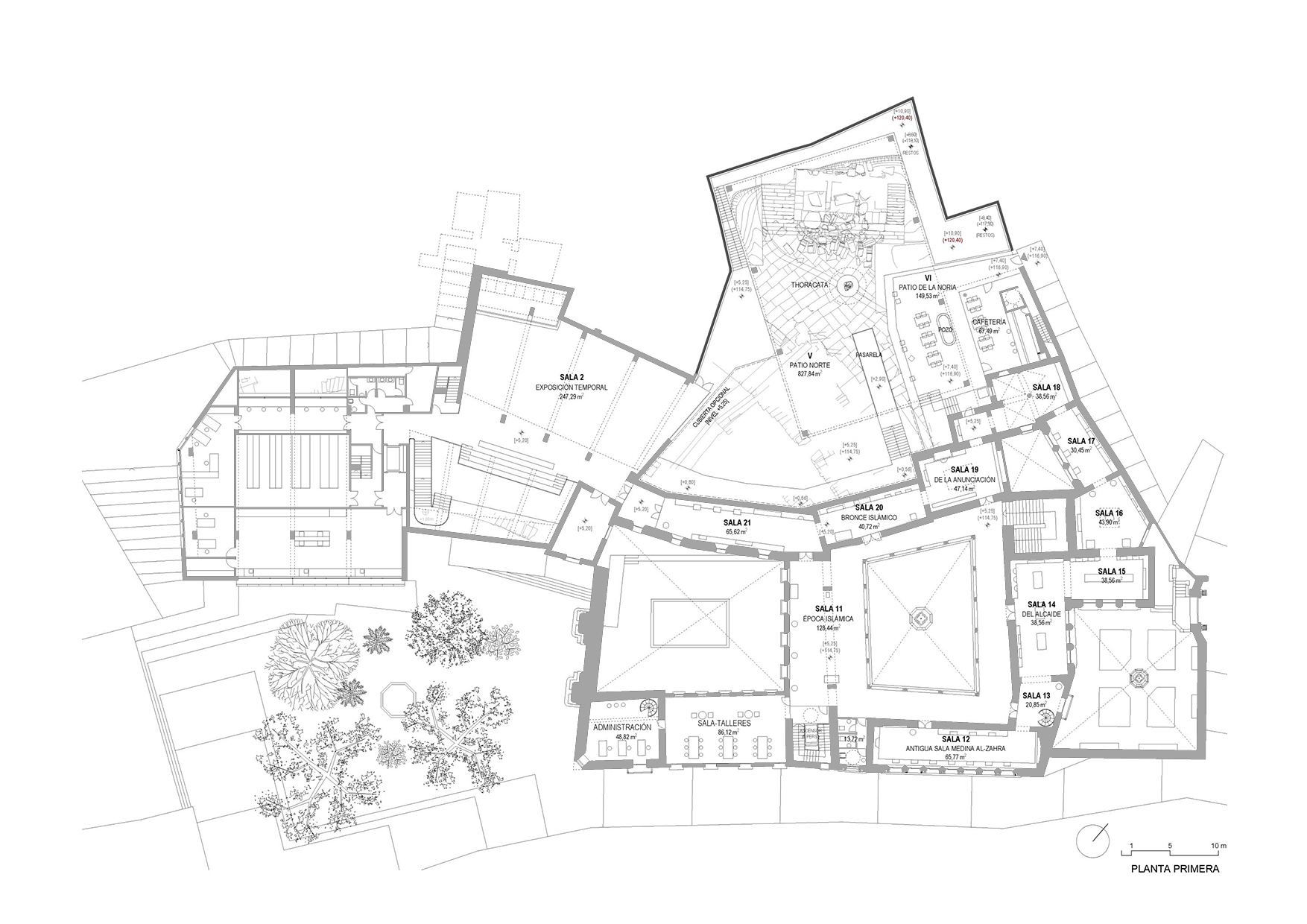 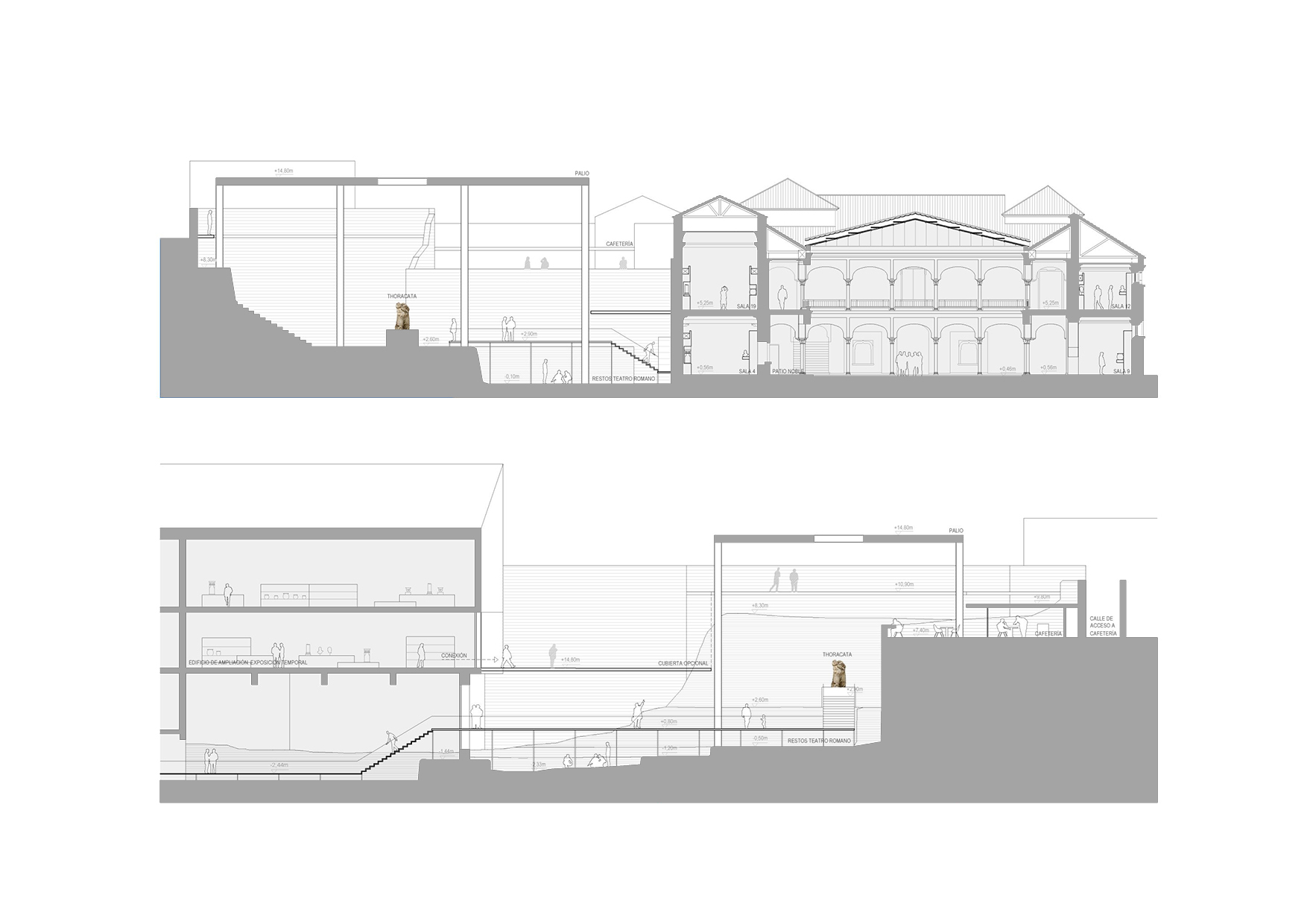 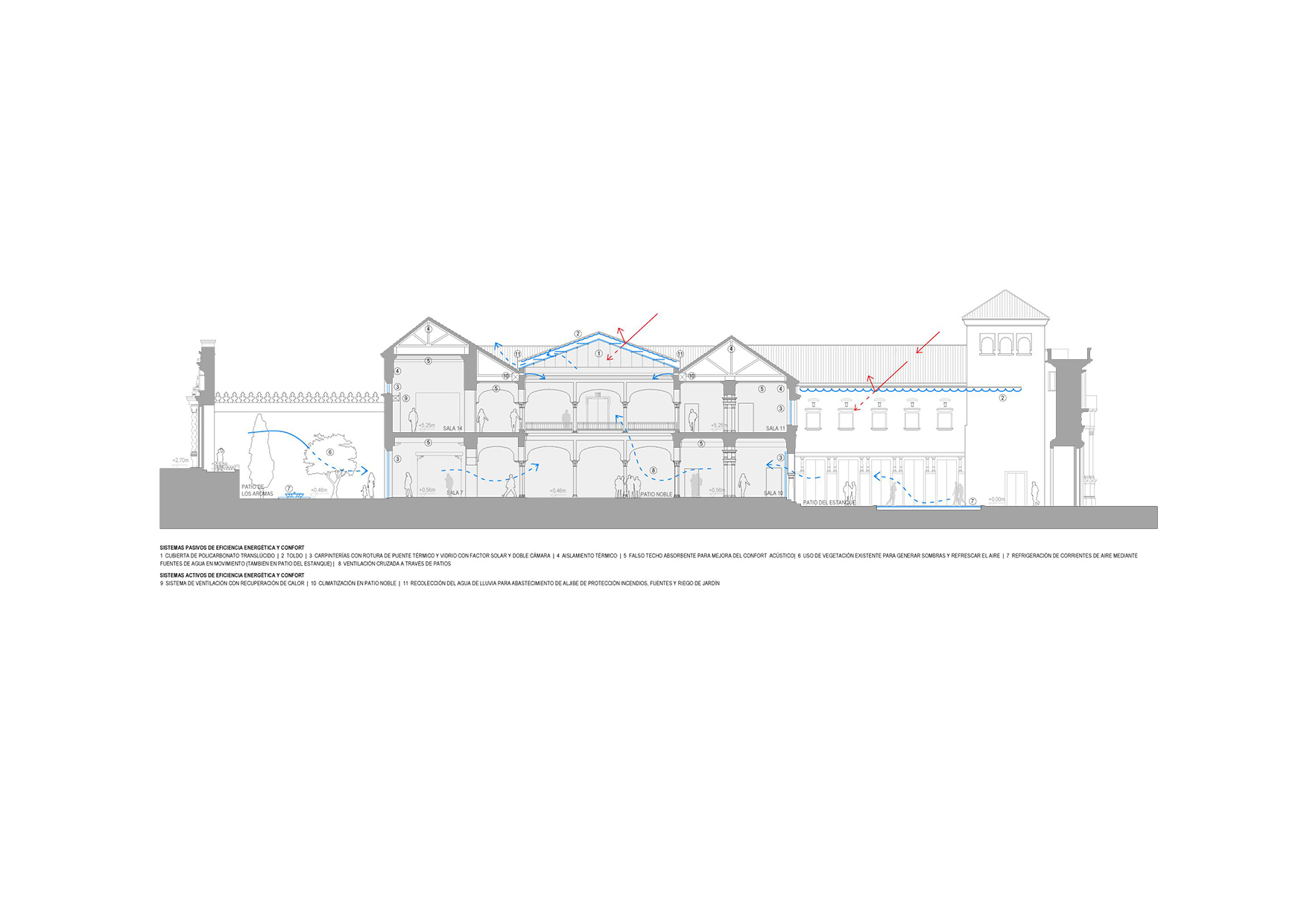 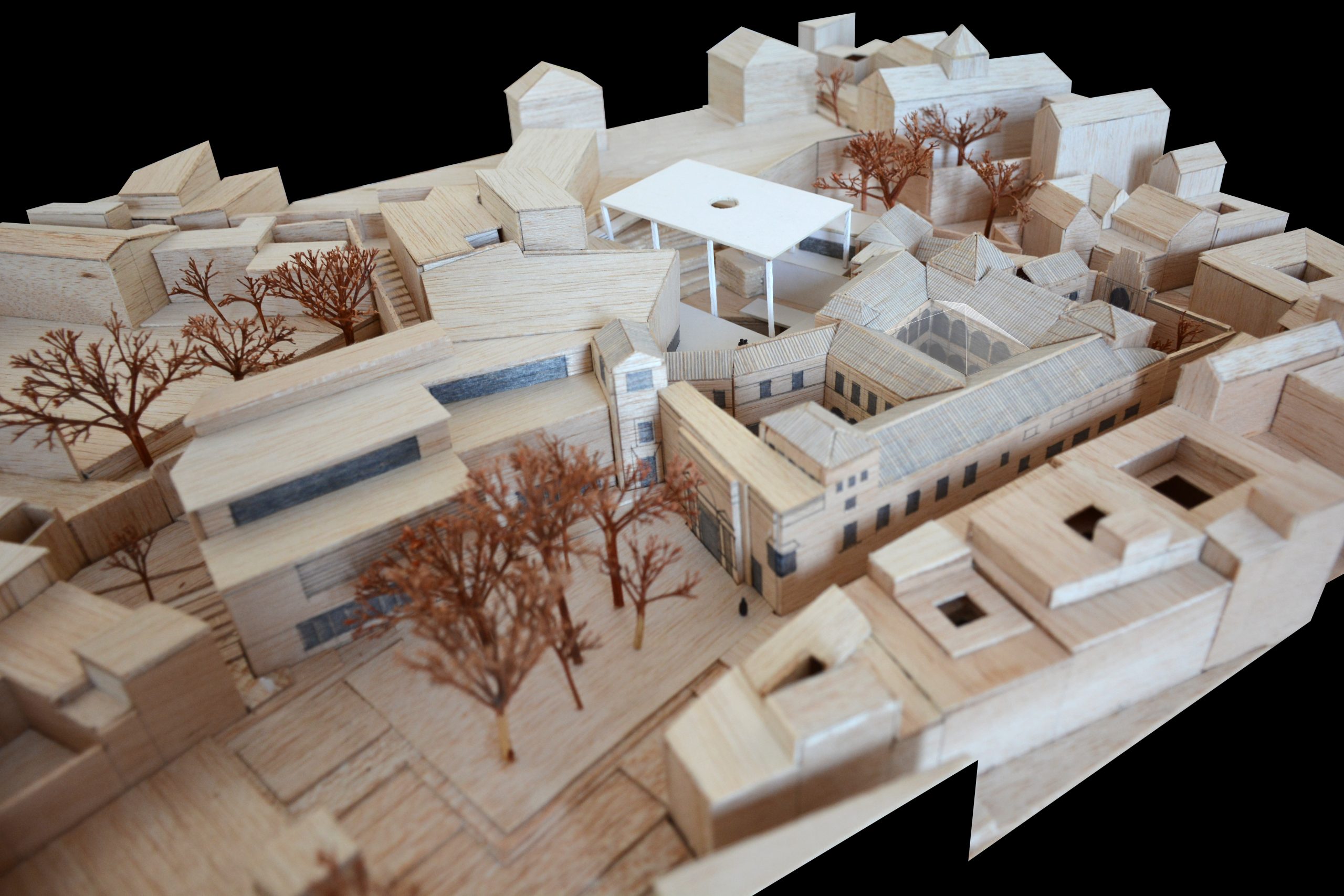 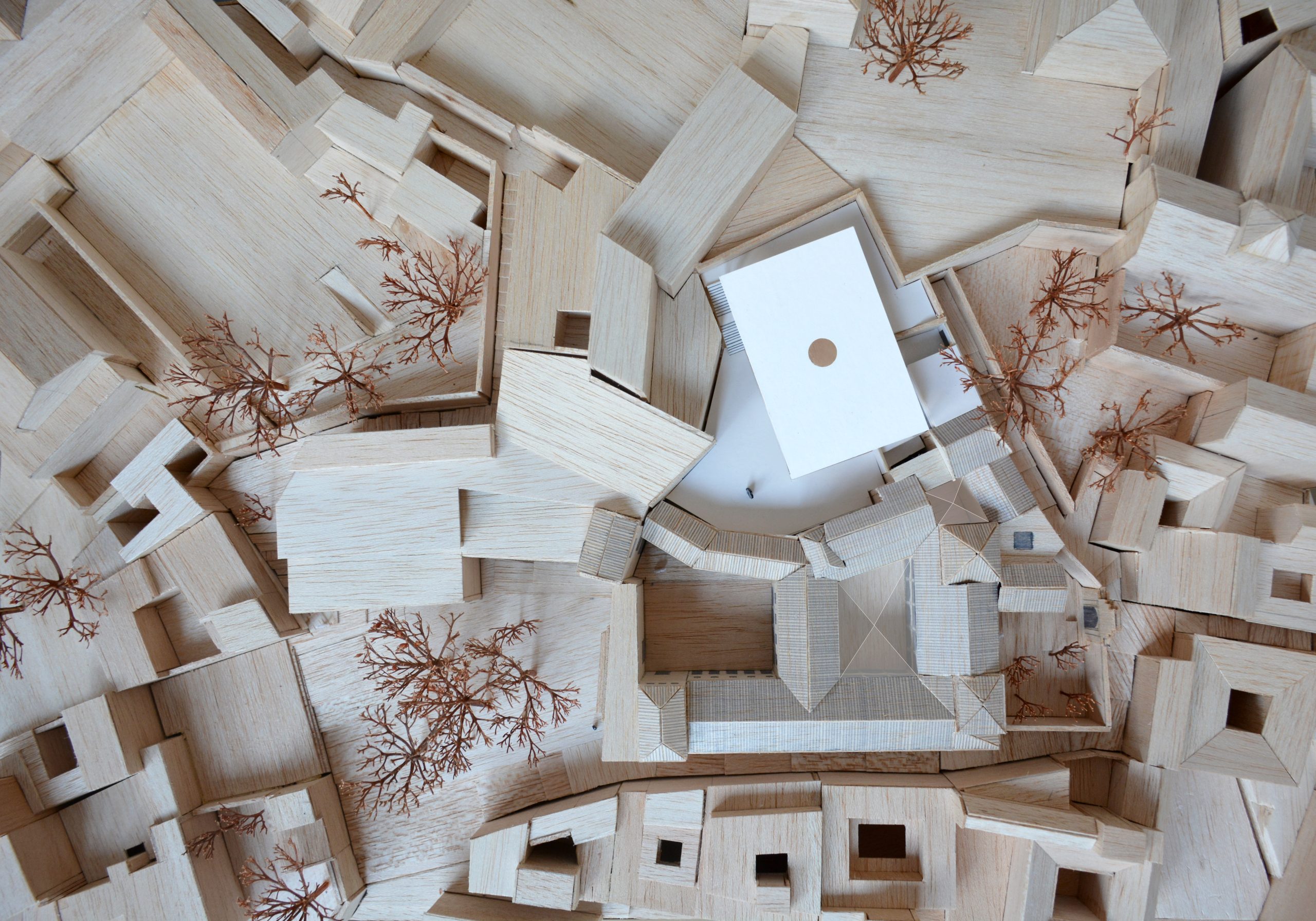 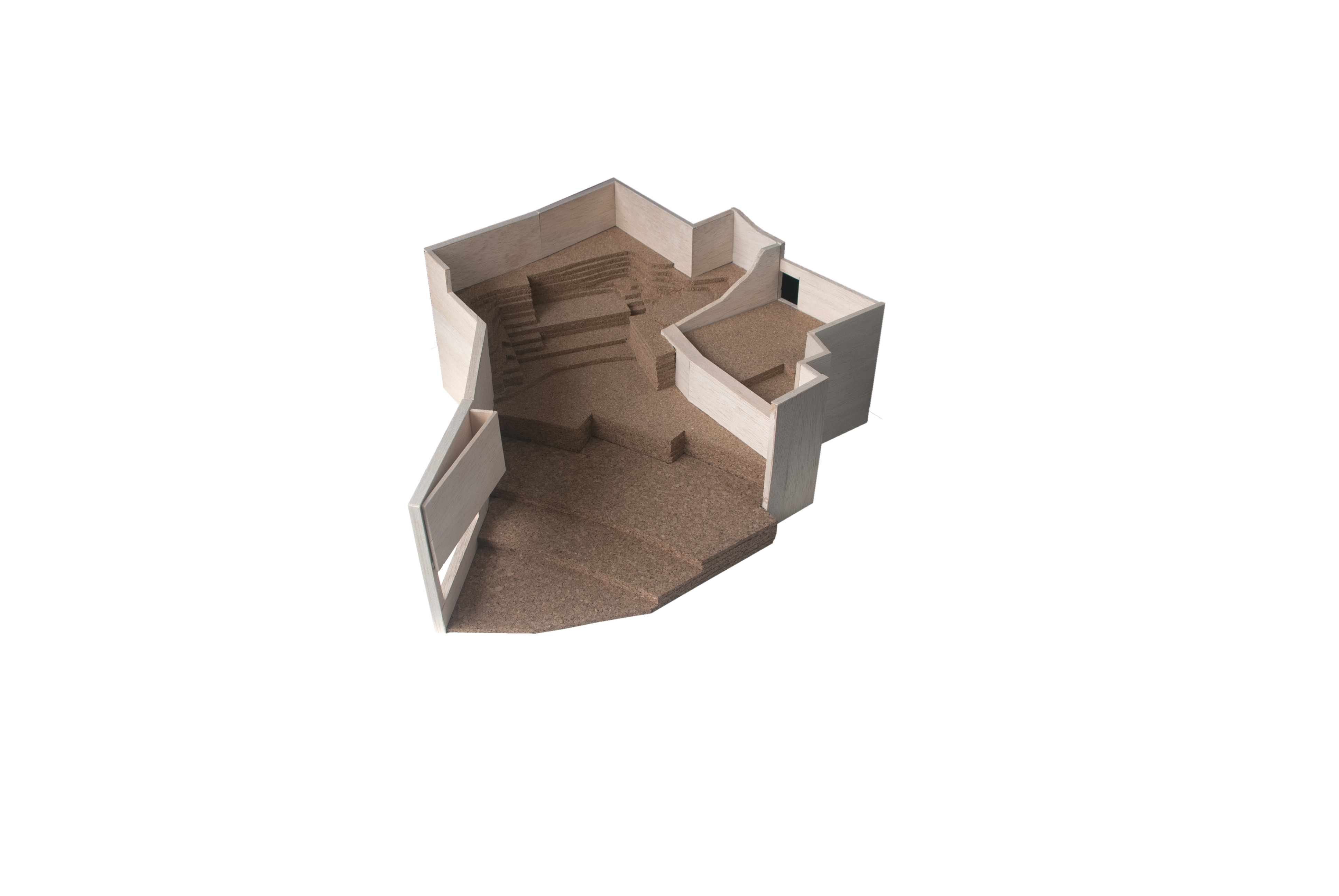 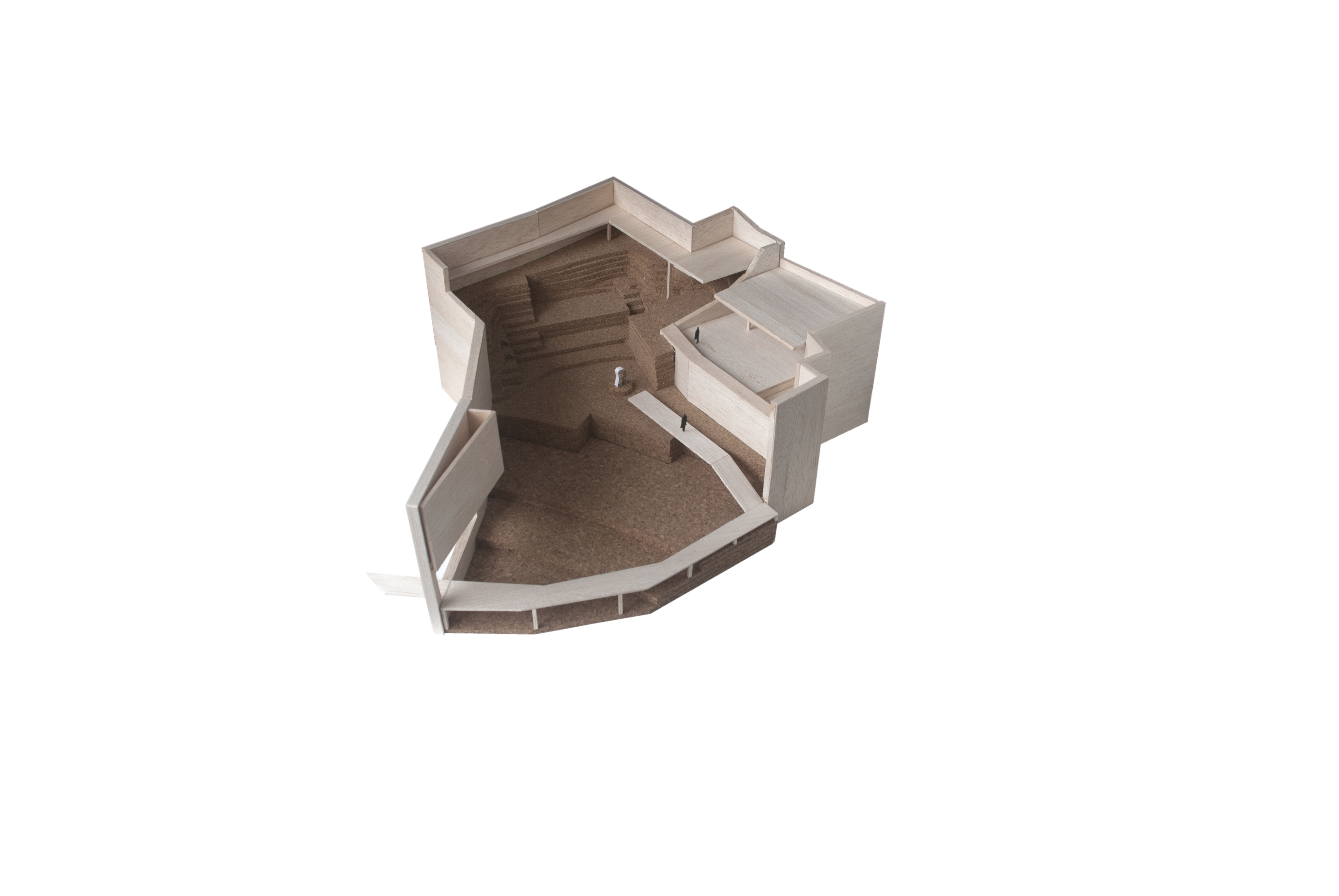 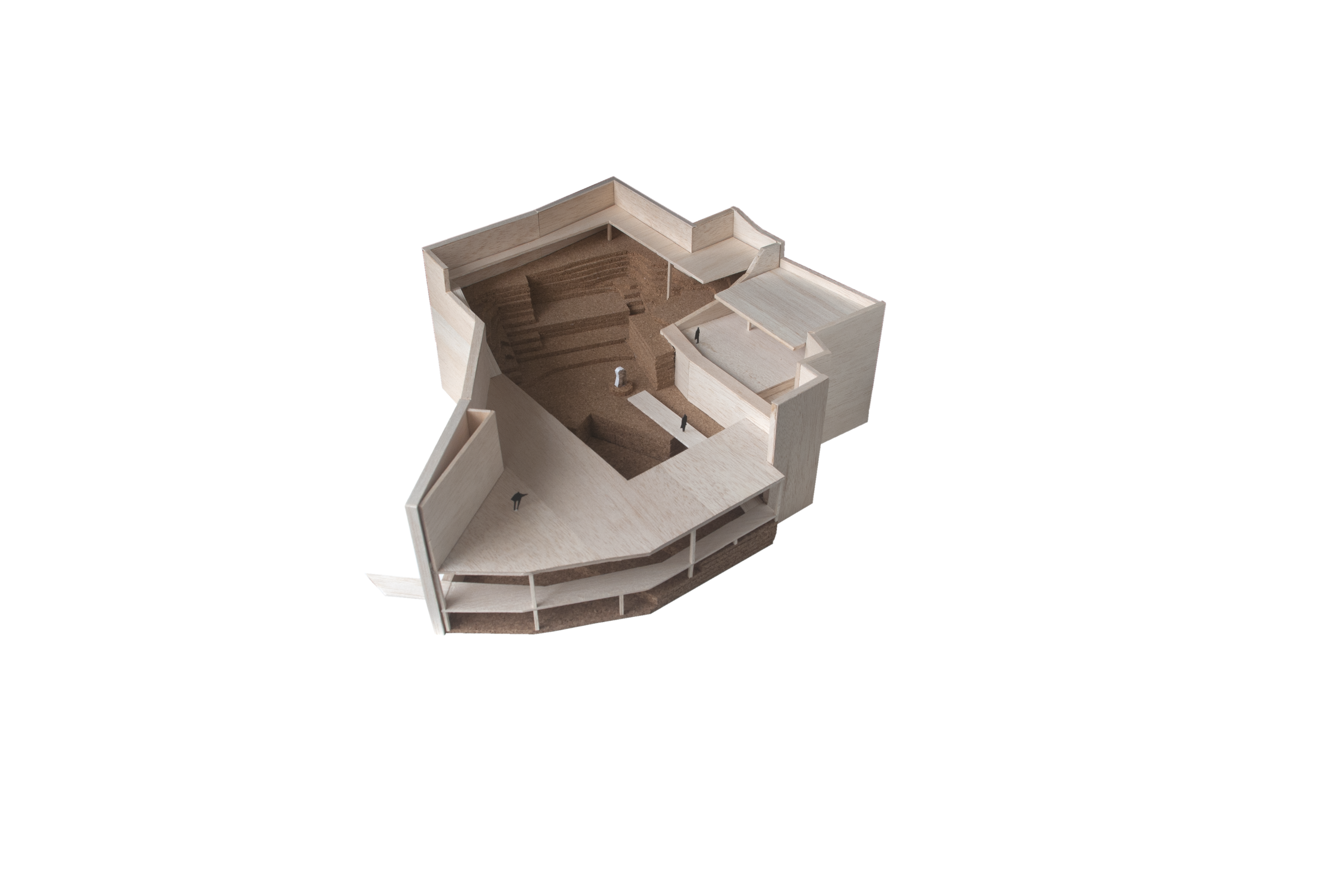 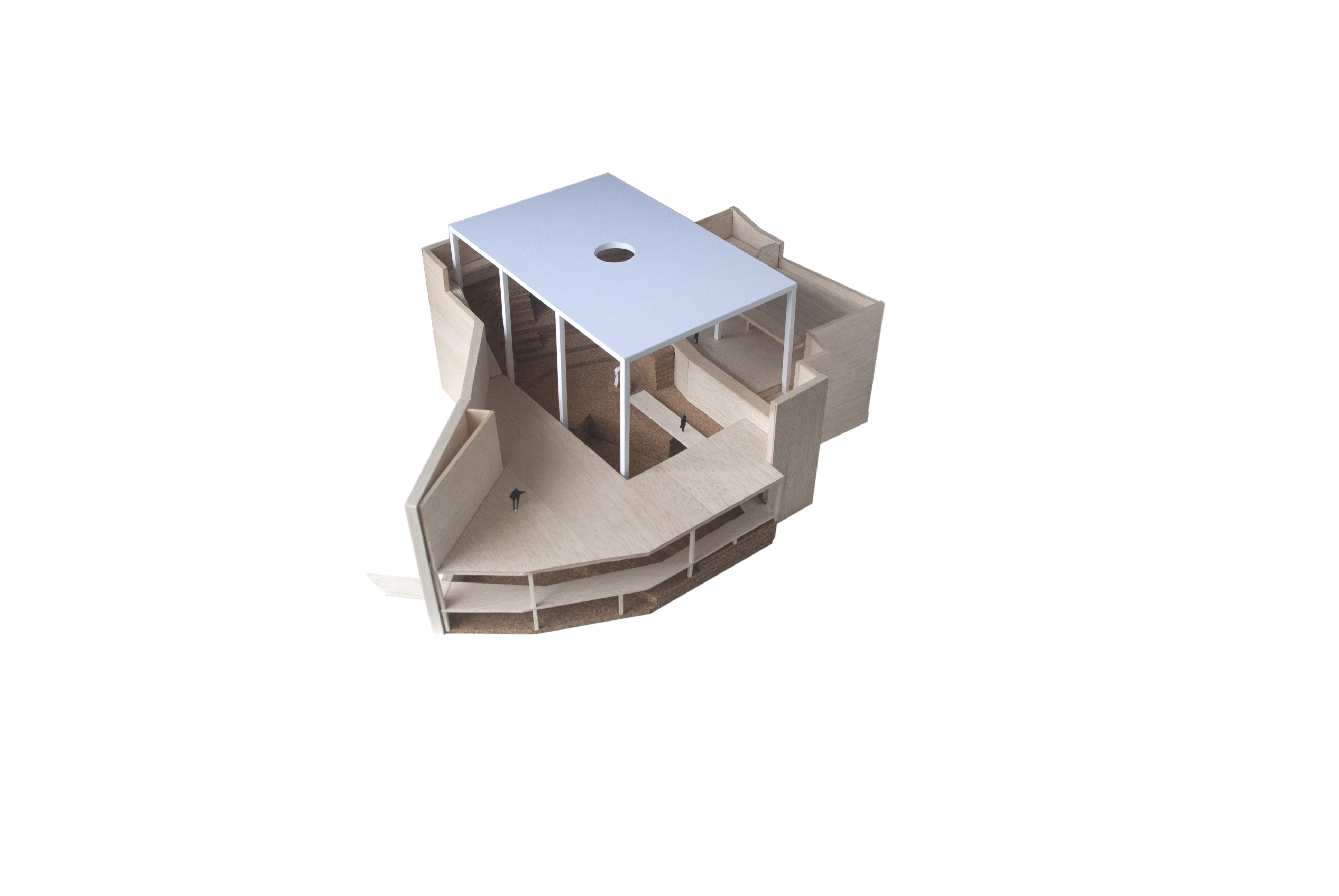 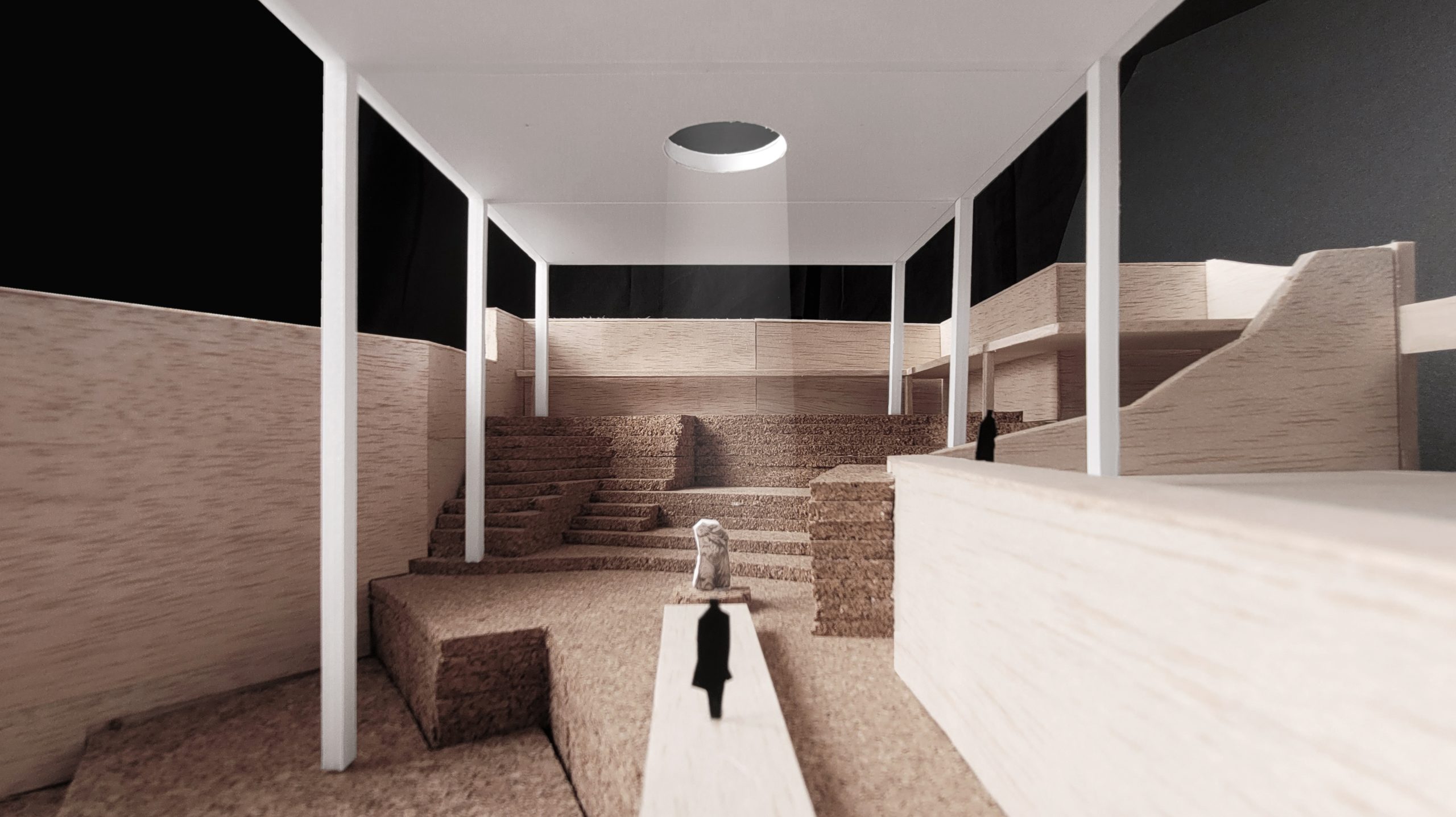 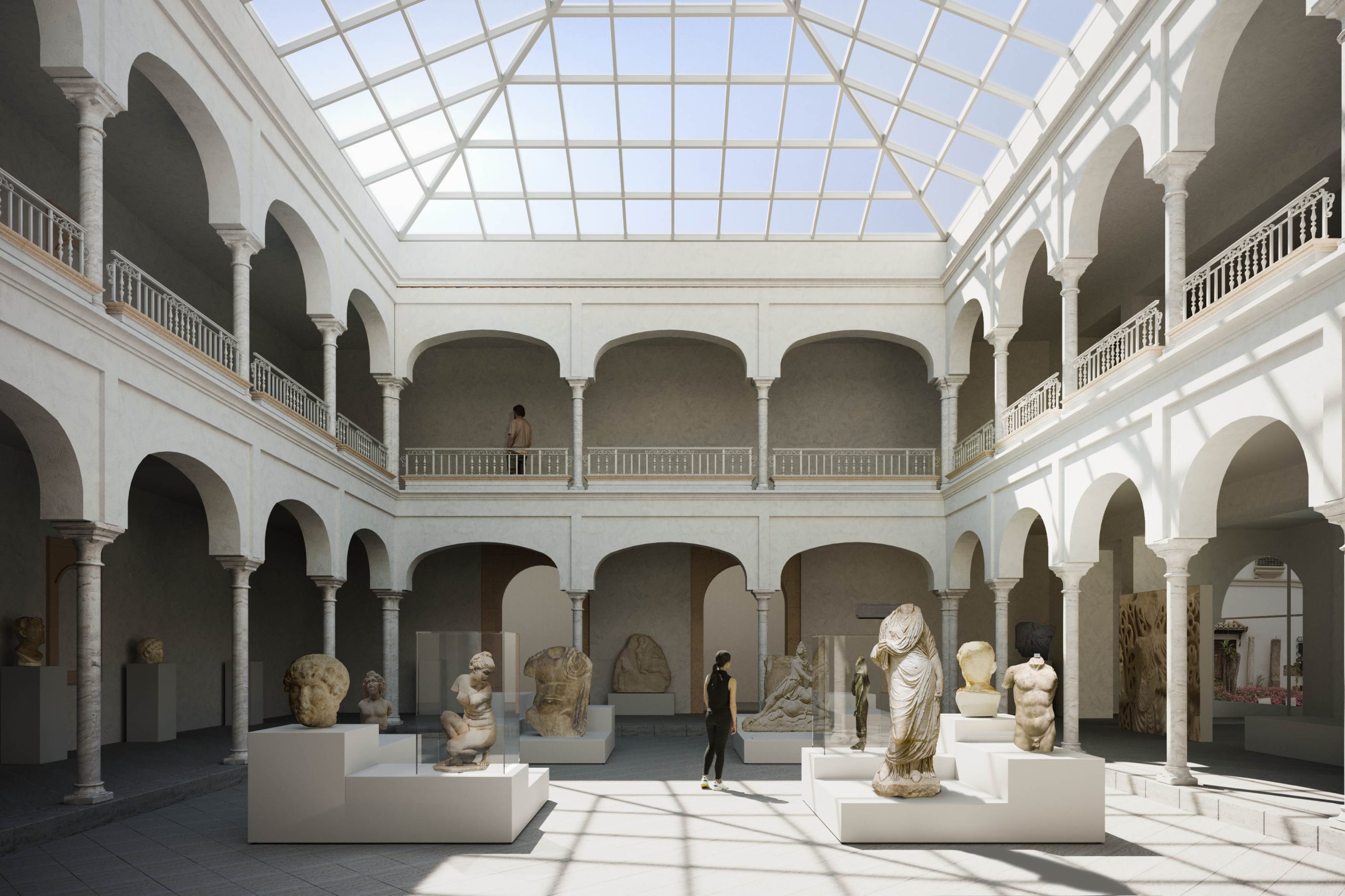 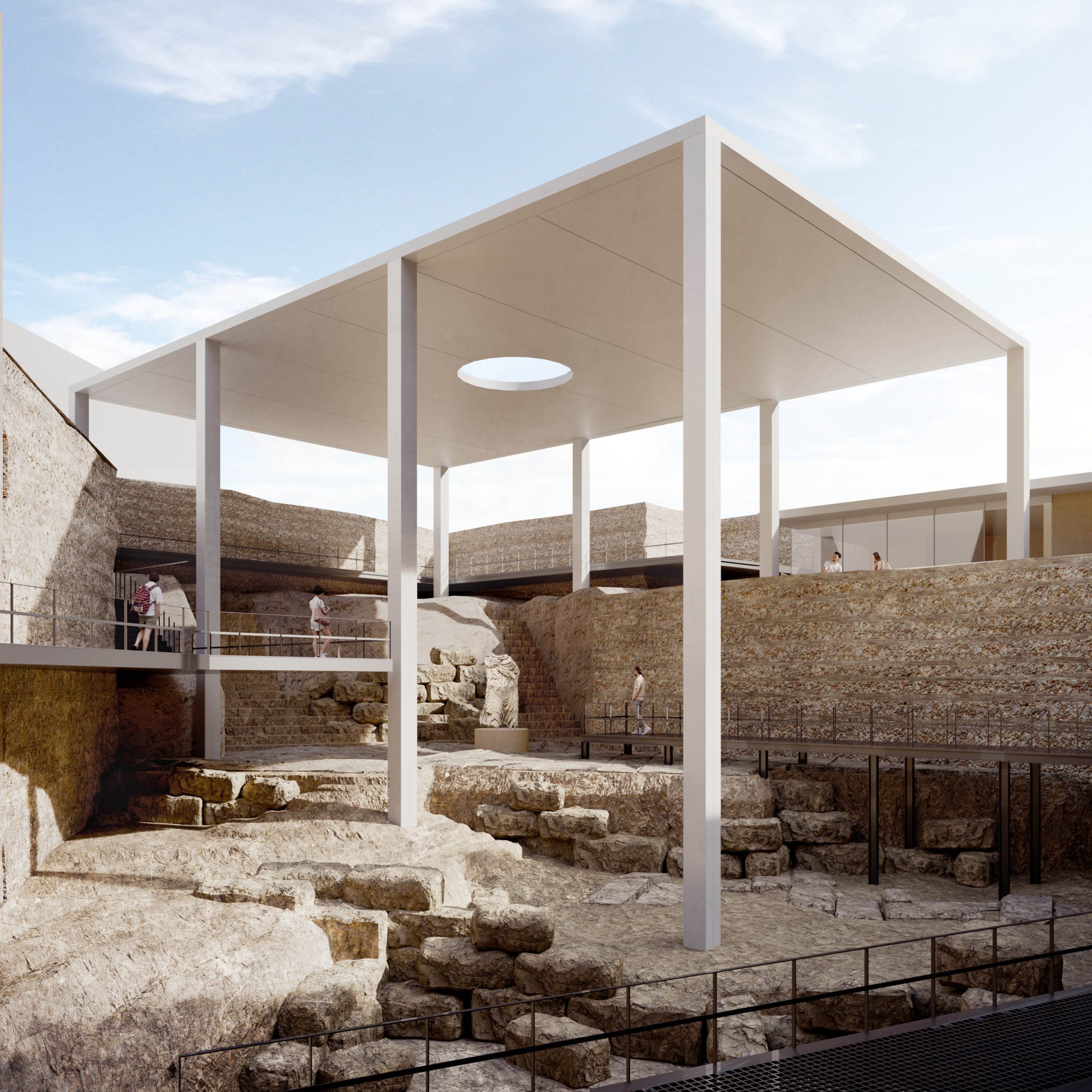 We would like to make in Cordoba the most beautiful architecture of intervention on a valuable active archaeological site, putting it in value. The simplest, the most precise and the most precious architecture, capable of responding adequately to what is asked of us.

We will restore the Paez Palace as faithfully as possible.

We will carefully respect the most recent new building.

And we will enhance the large hollow of the excavation in progress, not only solving the functional problems, but trying to create a beautiful space there.

In the Paez Palace, in addition to solving all that is required, we will propose a new order that, gathering all the best of the existing, we will enhance and improve it. We are thinking of a second internal skin, lower than the surrounding walls, capable of containing the installations in the soffit. And capable of supporting, either with cantilevered elements or in excavated hollows, the pieces to be exhibited.

The most recent building, which has a series of indisputable values, we will respect and enhance it. It is a very beautiful piece.

For the large opening of the archaeological excavation, which demands the greatest design effort, we created an element that can be read as a large high canopy, SICUT PALIO. In the manner of the palios of the Andalusian Holy Week that serve to protect and embellish the pasos. Our canopy will protect from the rain and the sun the great excavated space and the people who work there, and will allow the passage of light to be able to work there very comfortably. Being geometrically a large rectangle supported by 4+4 pillars (pillars), the edges will be resolved with a lower roof that adapts to the irregular shape of the site bounded by thick stone walls. They will be like low open porches that will allow a continuous edge route. The cafeteria will be located at mid-height, in a privileged position of views, overlooking this large workspace. We will solve with light walkways the passage of visitors that, without hindering the archaeologists, can enjoy the work being done there.

A light, central walkway will allow us to reach the center of the excavation site, which could be presided over by the white Thoracata on a stone pedestal. We dream of placing in the center of the excavation, presiding over it, the beautiful Thoracata of the Museum that deserves to become a symbol of the building and its activities. It is so beautiful.

As can be seen in the photographs of the model, the image of the complete canopy is impressive, with the tallest pillar showing its full dimension, and the other pillars being shorter as we go up to reach the highest level. When the archaeologists suggest covering and protecting the entire excavation, the creation of an additional lower canopy around it is offered as a solution. In any case, we would prefer the original solution, which is spatially more beautiful.

In short, using architectural terms, it would be a great stone set, stereotomic, as if it were a box open to the sky, which we cover with a large tectonic piece, light and white, a great canopy that will adequately fulfill the functions requested.

We believe that the idea is simple but accurate and that it will be effective and beautiful.