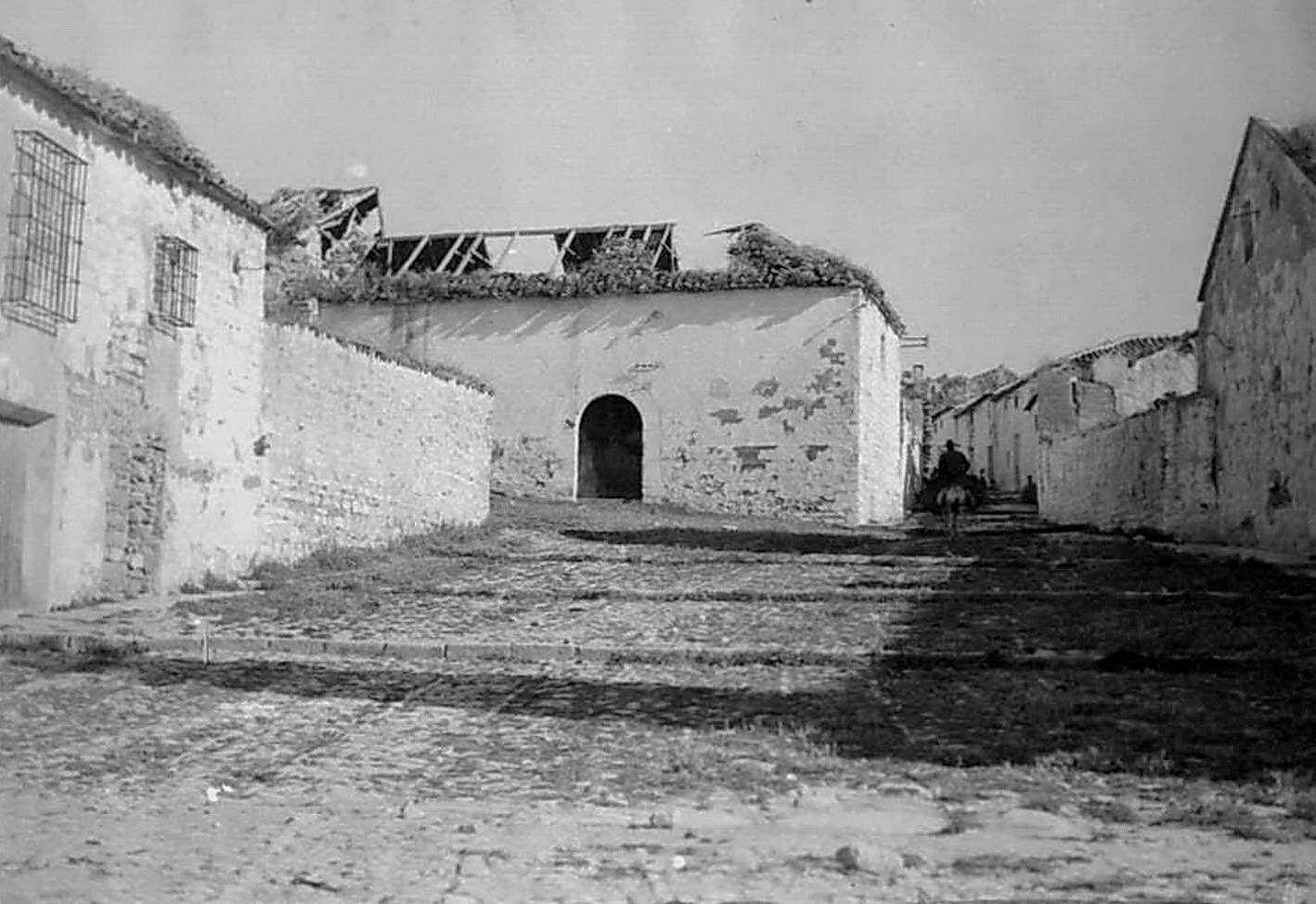 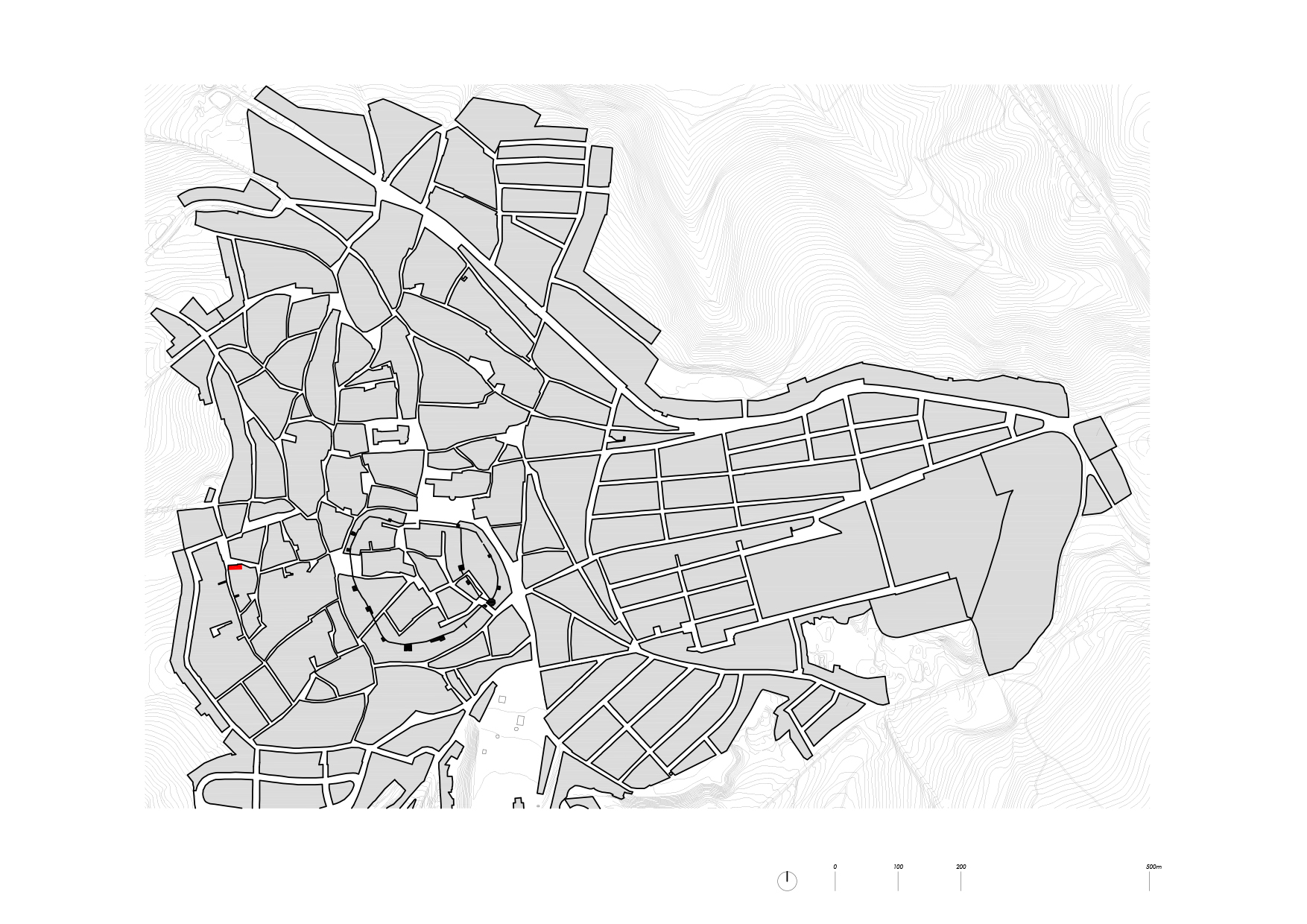 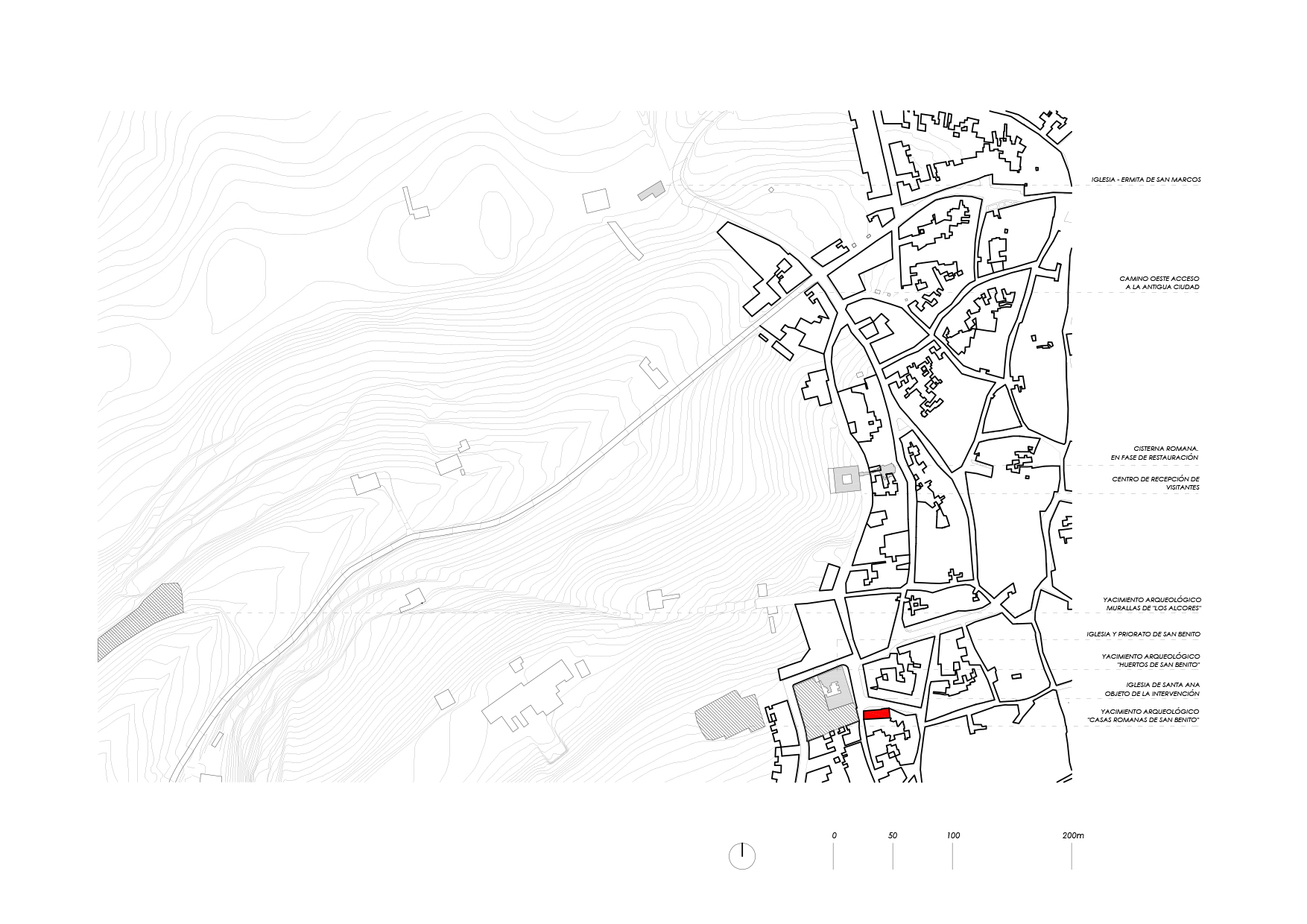 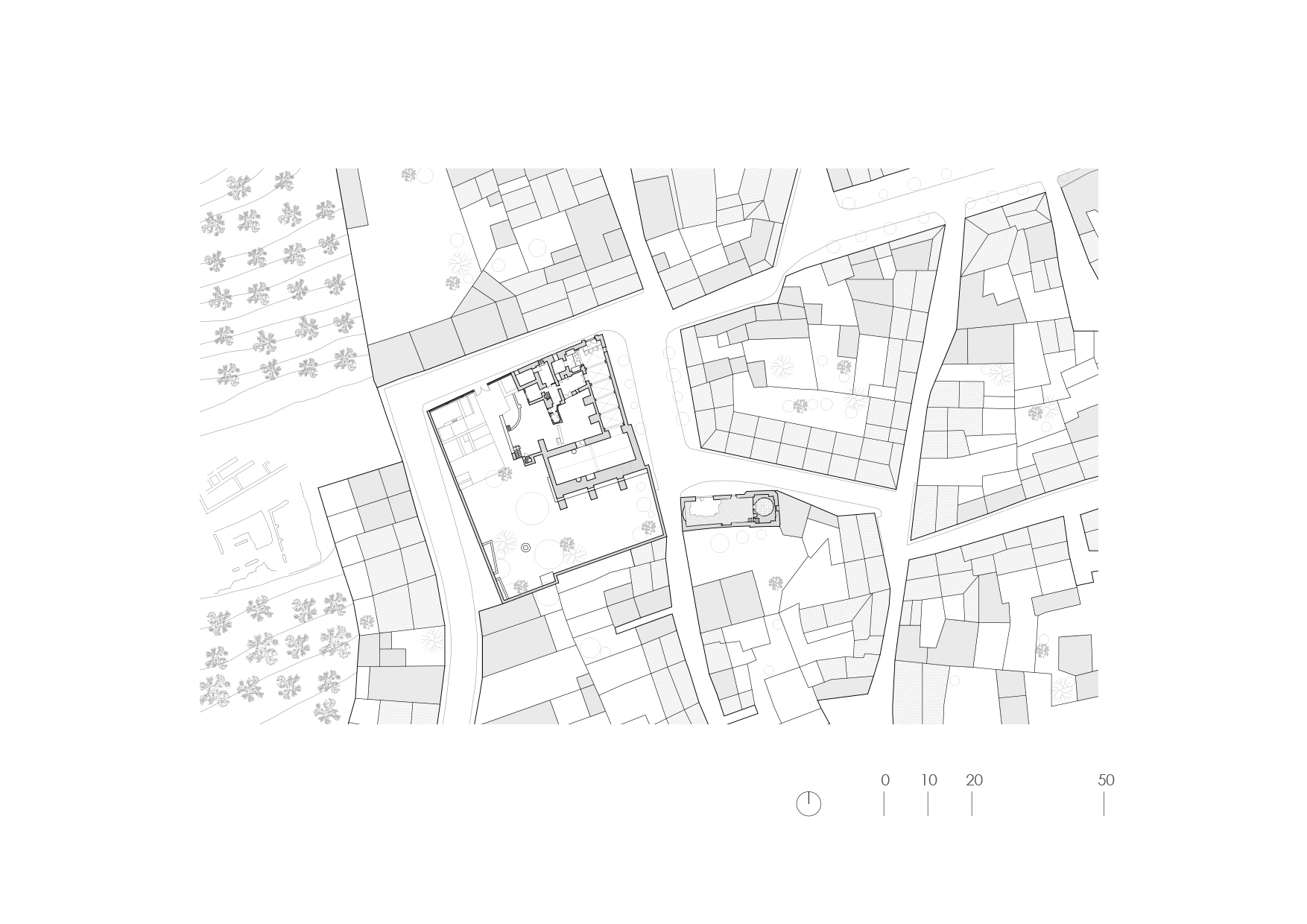 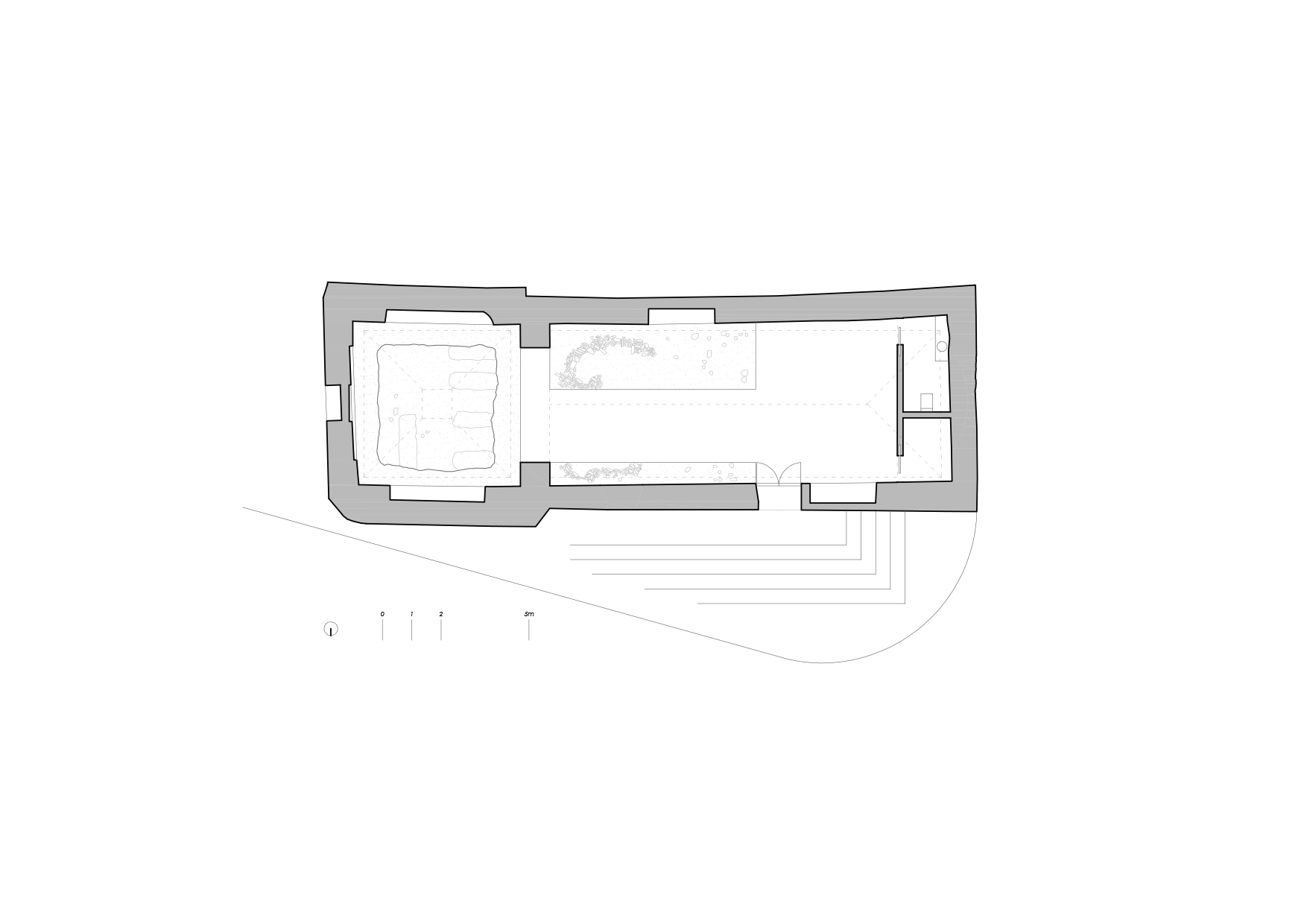 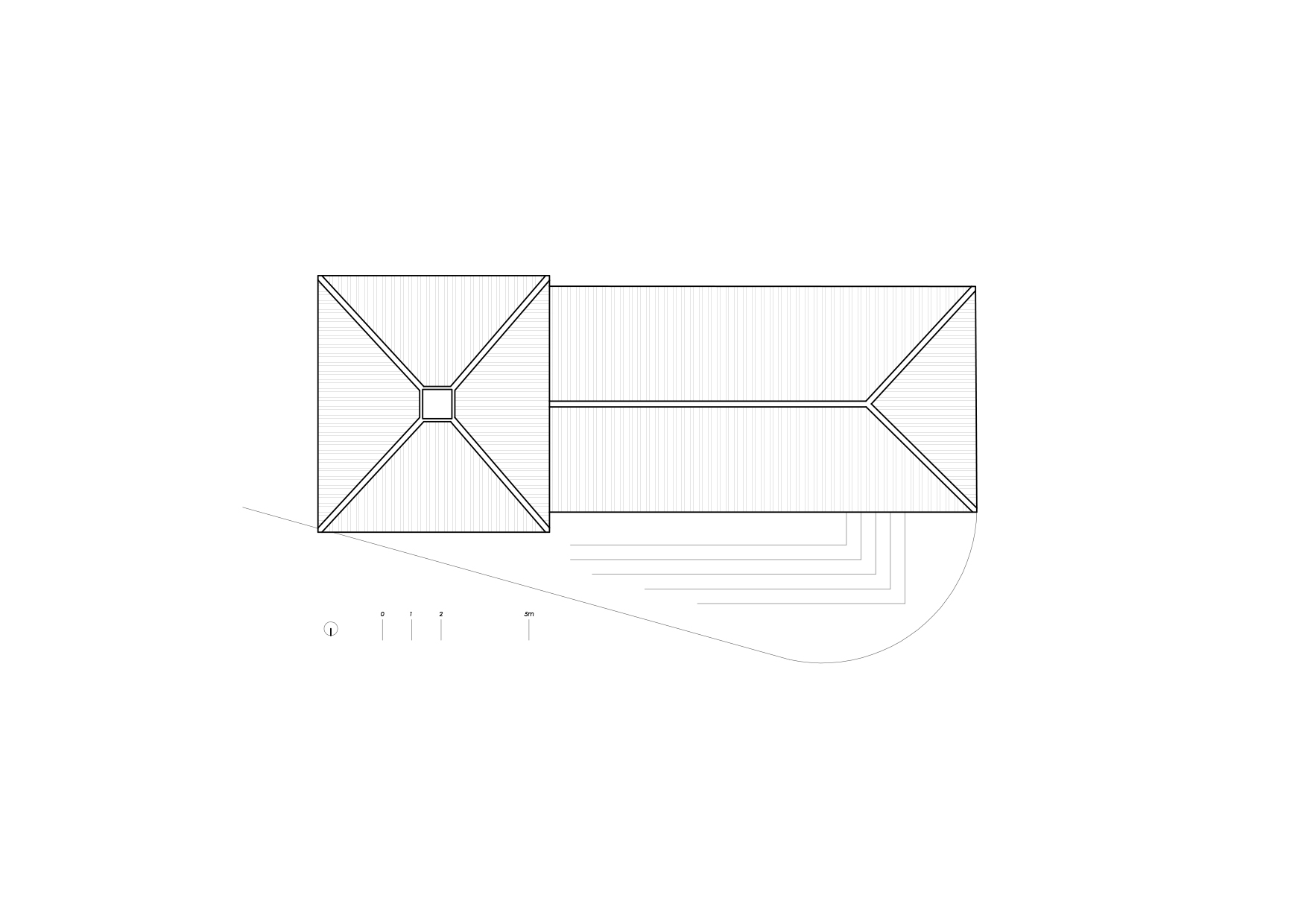 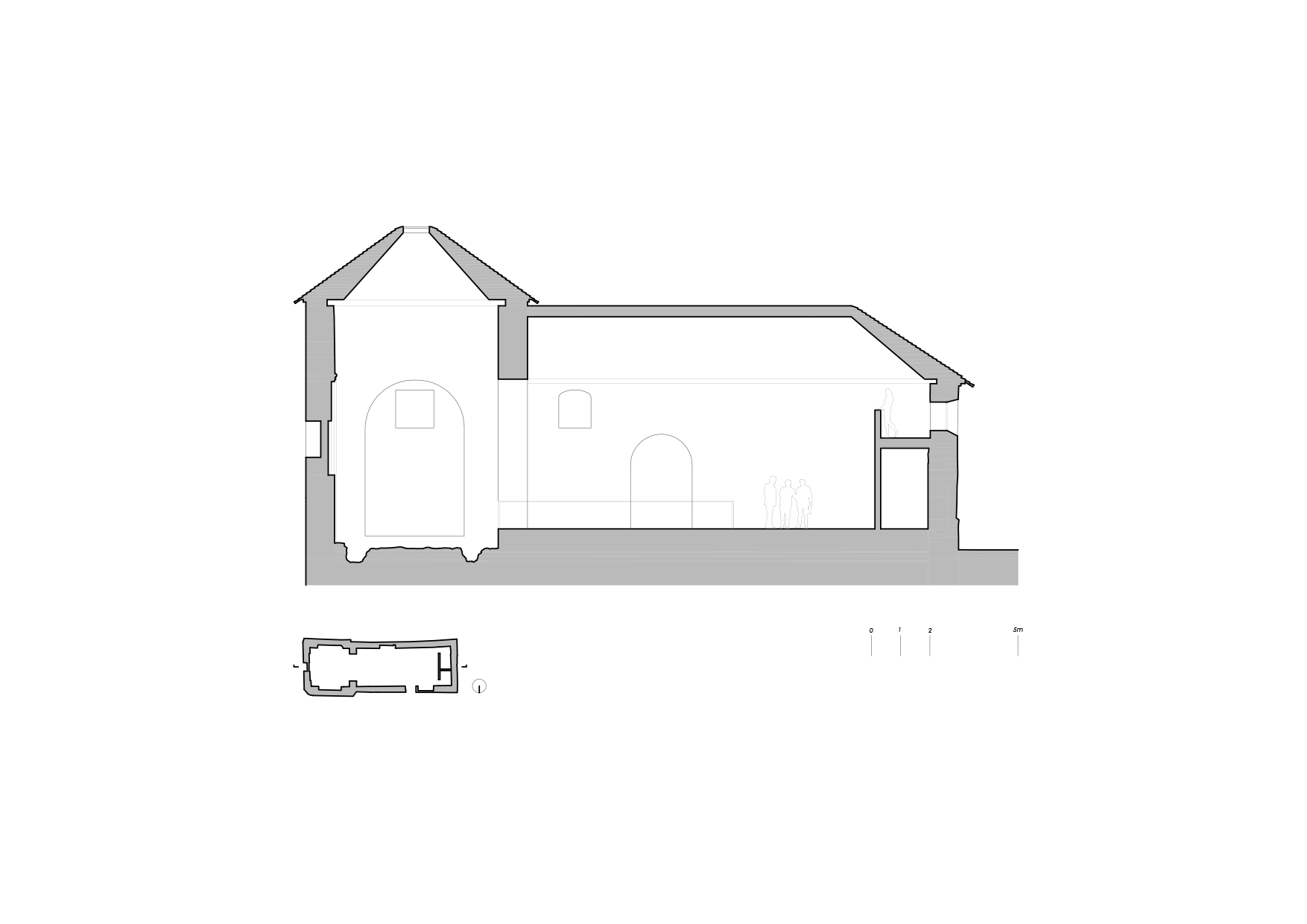 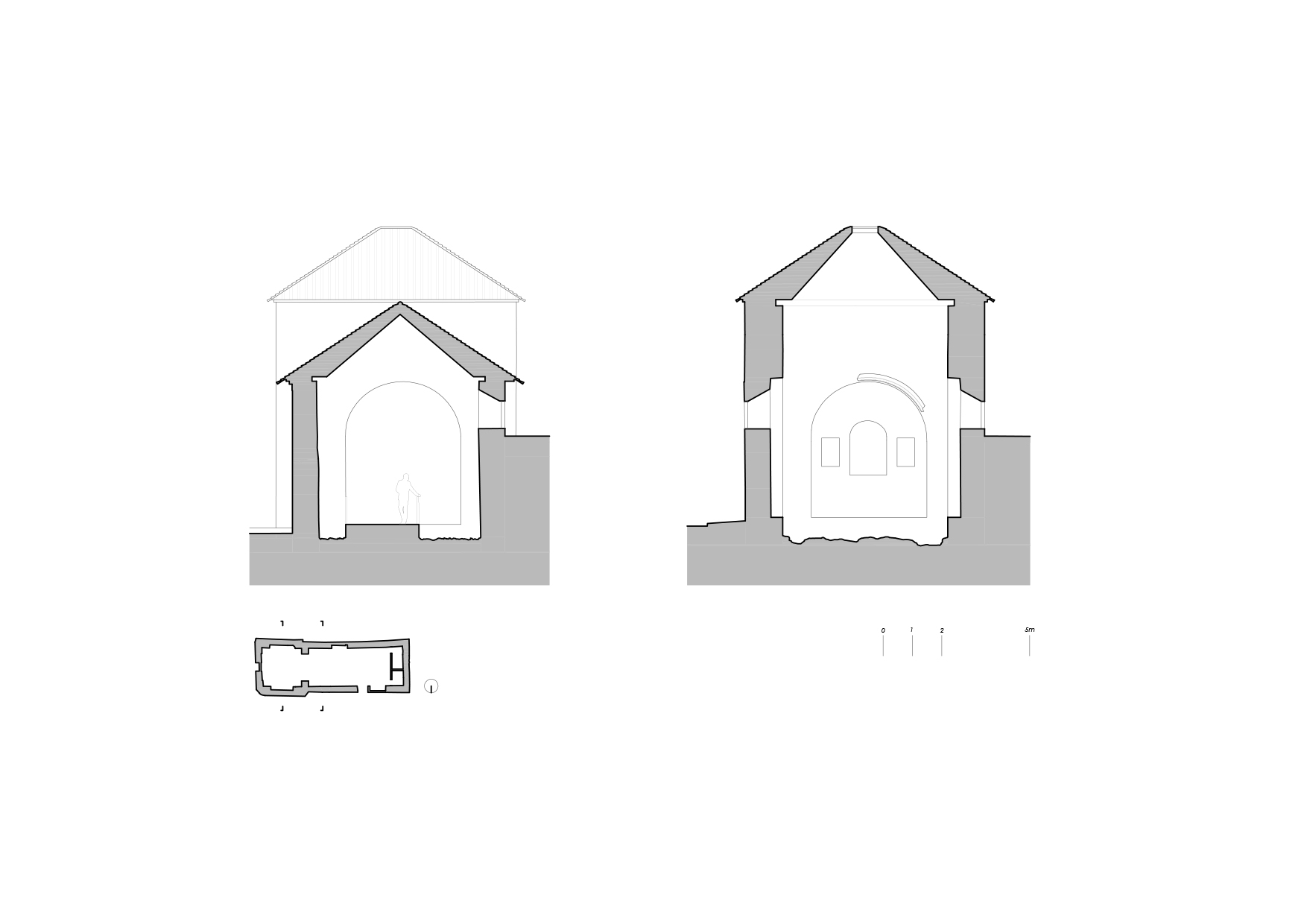 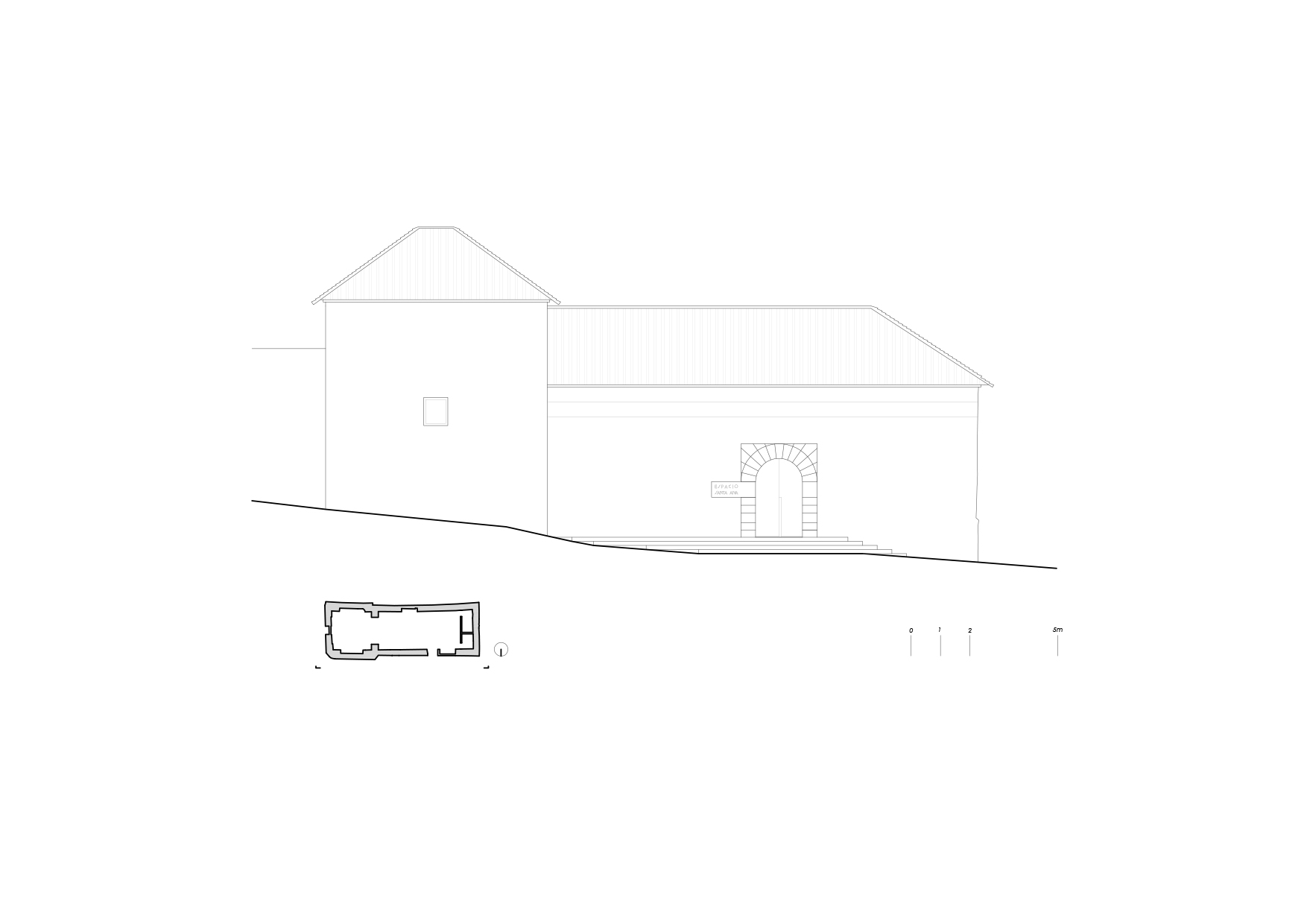 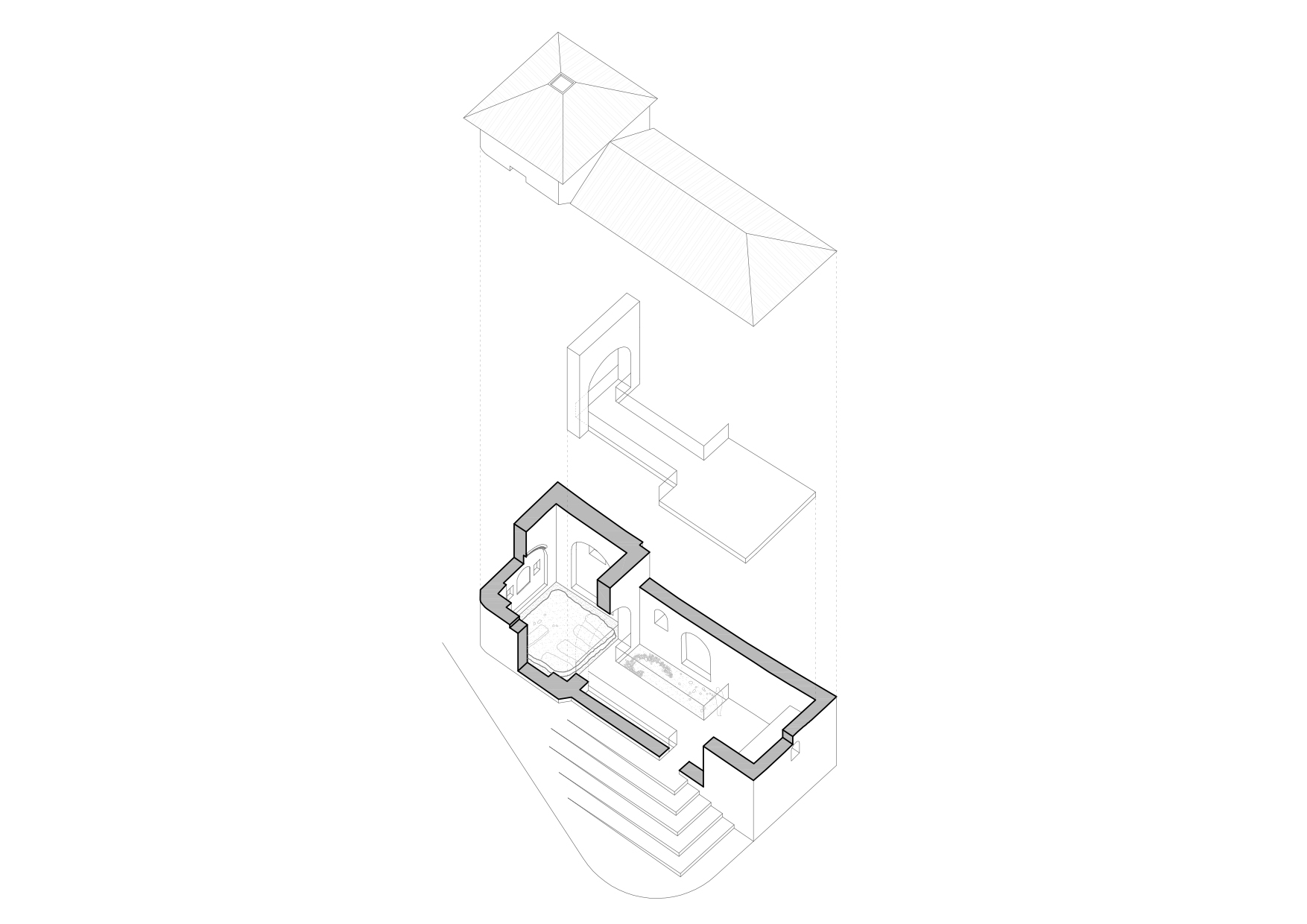 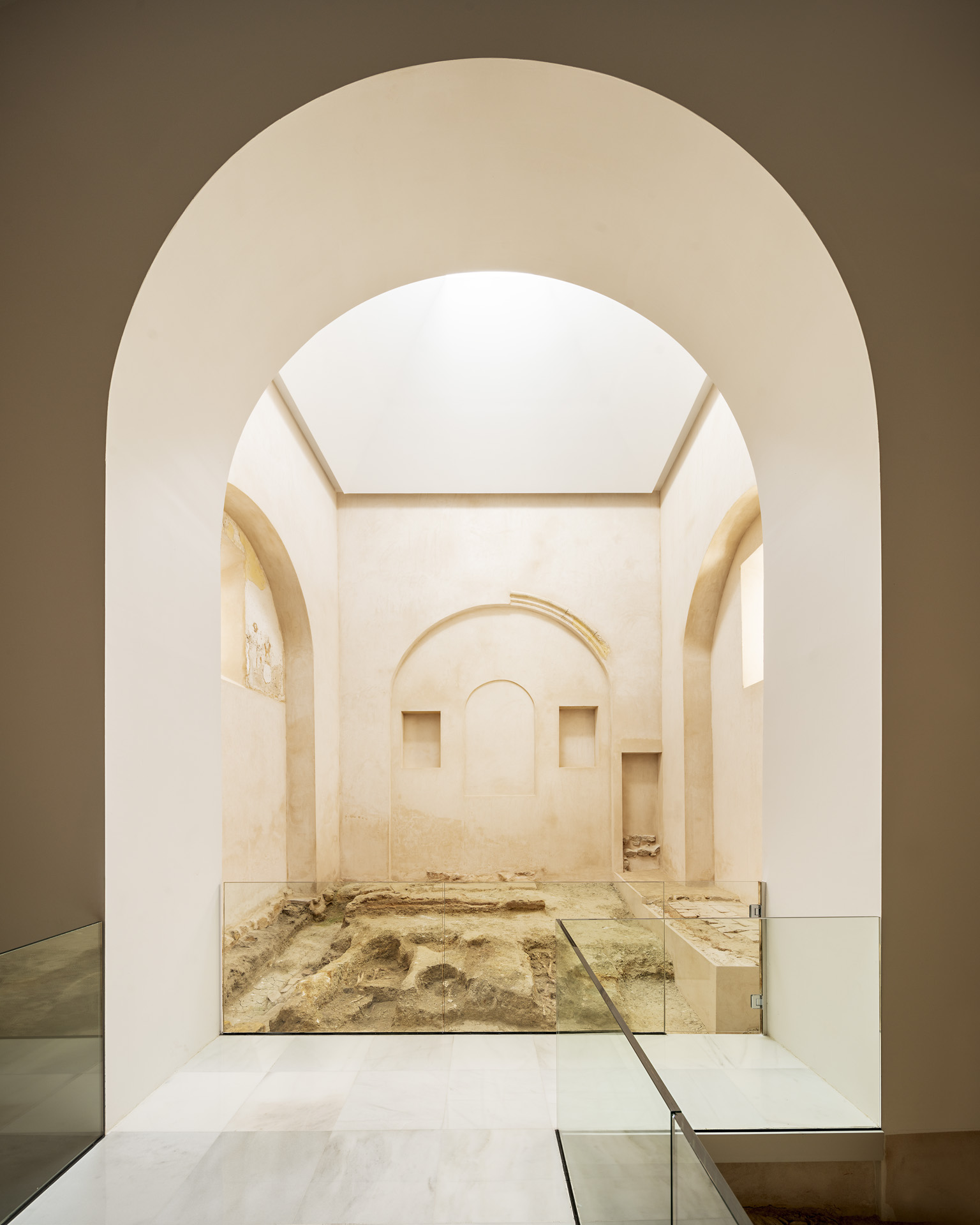 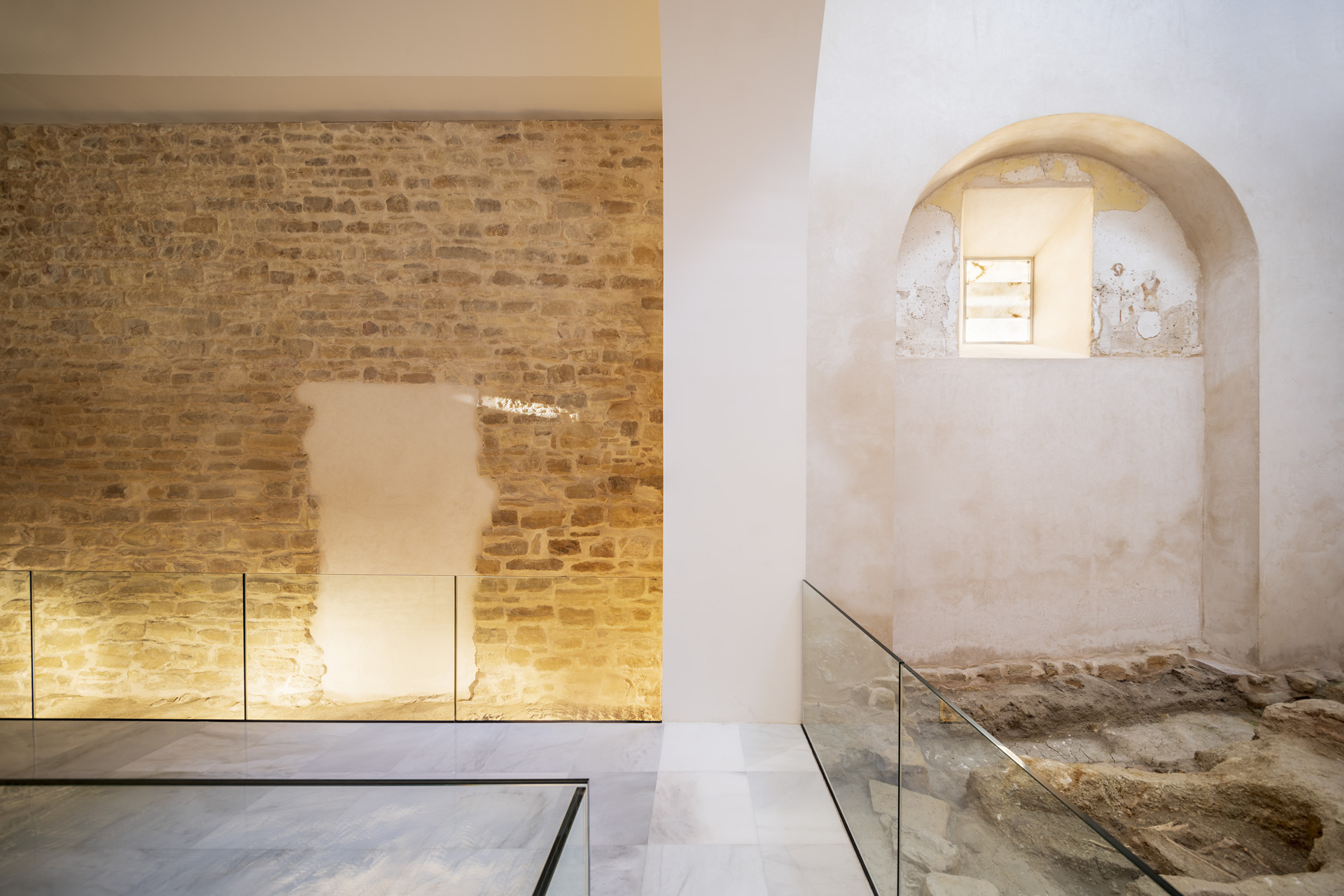 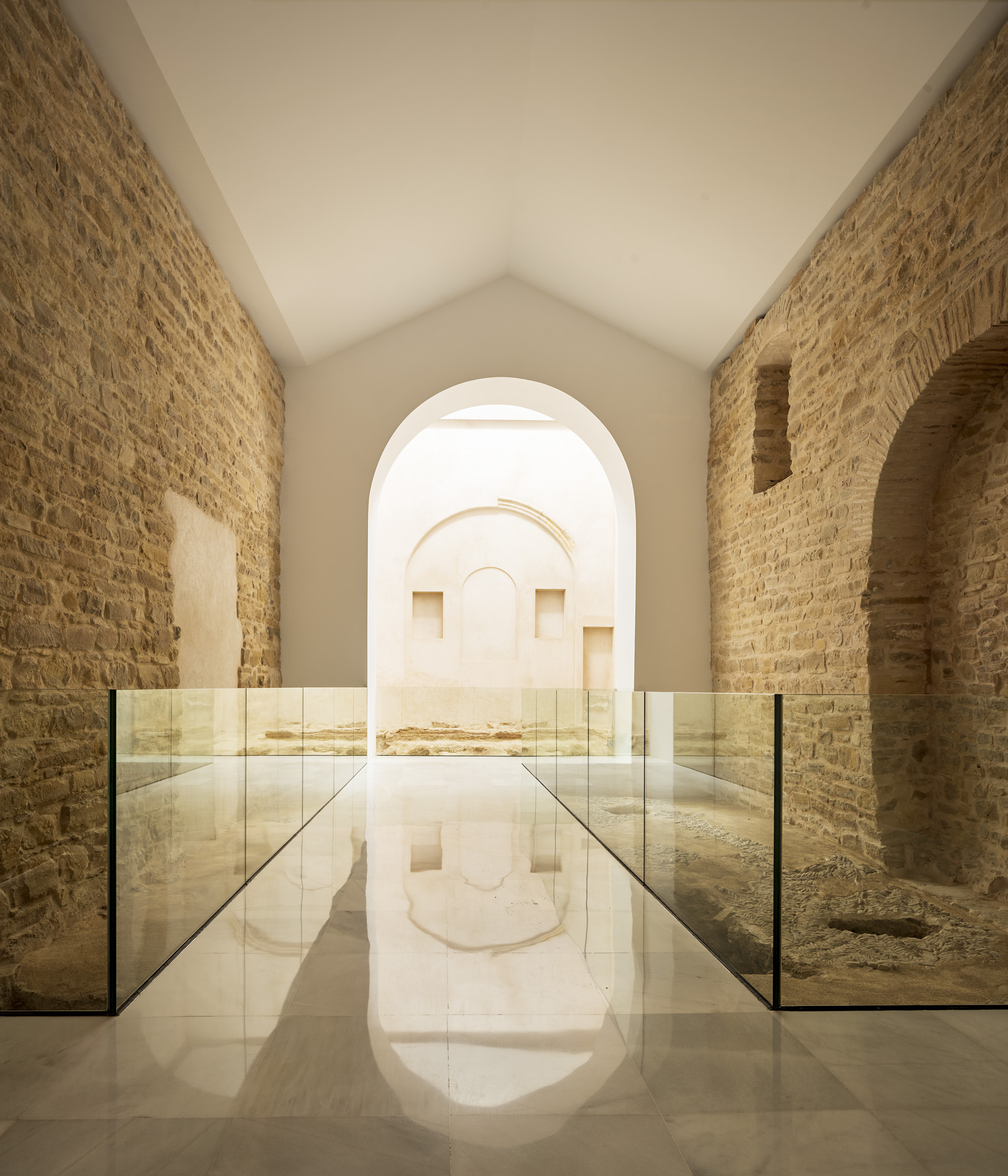 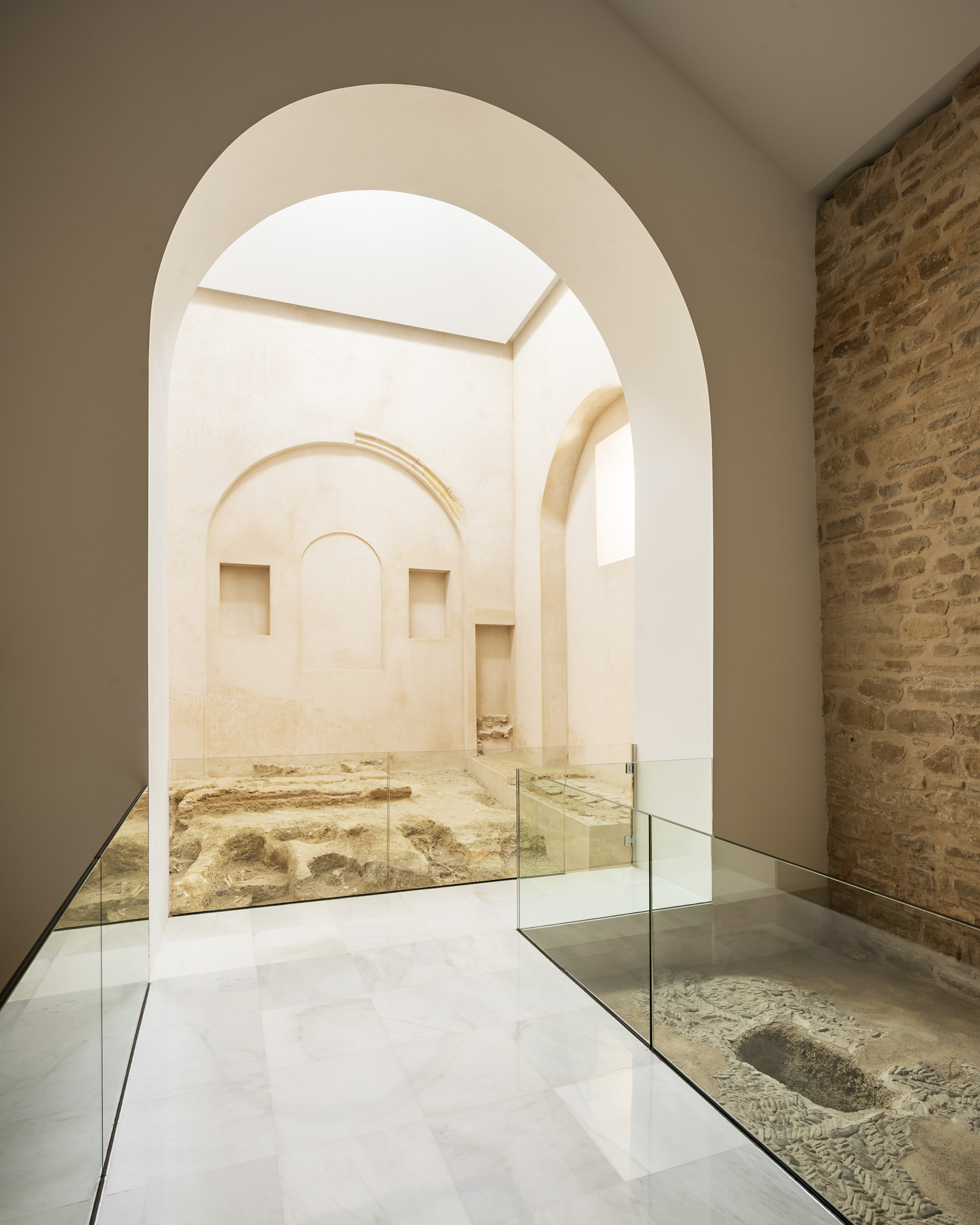 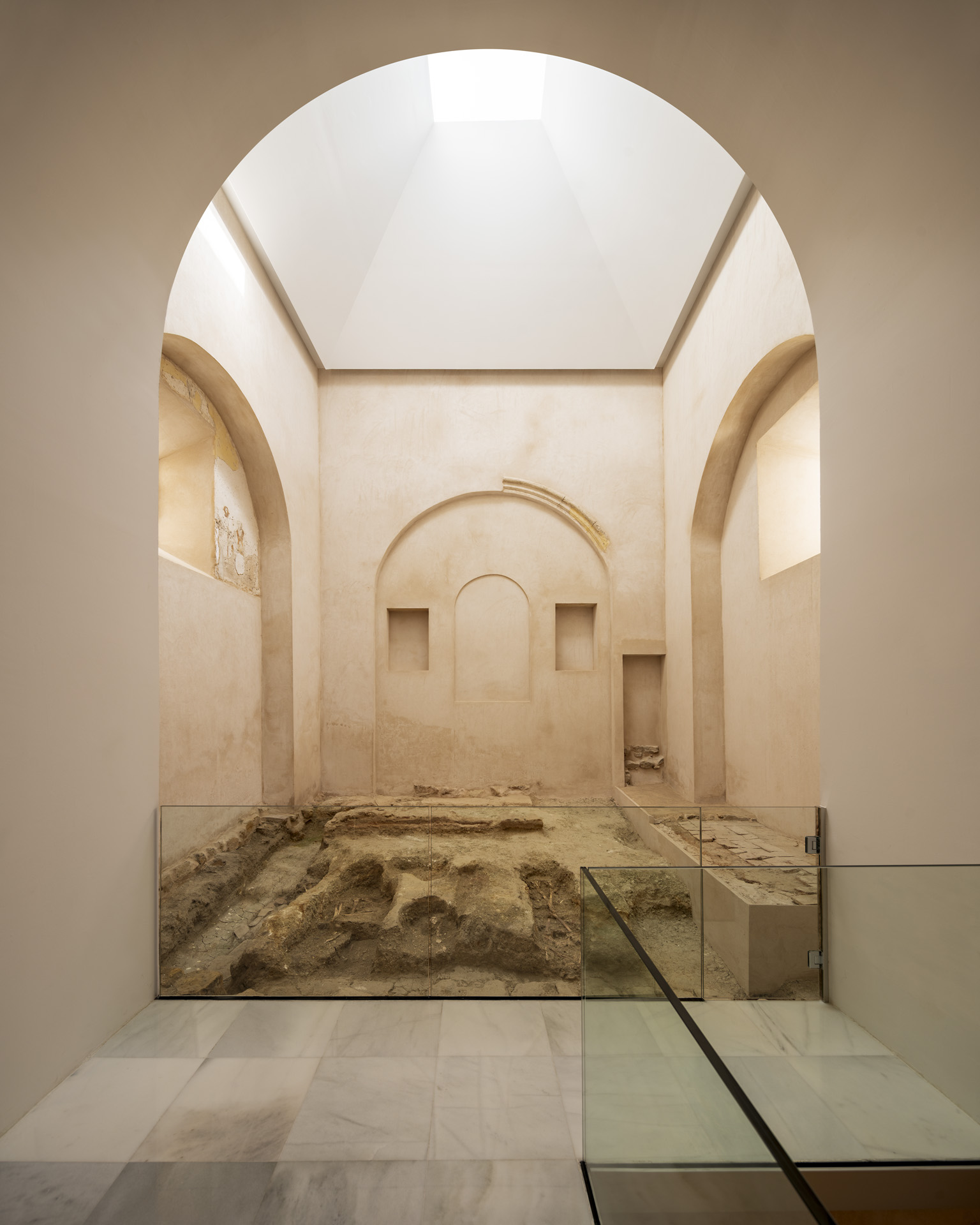 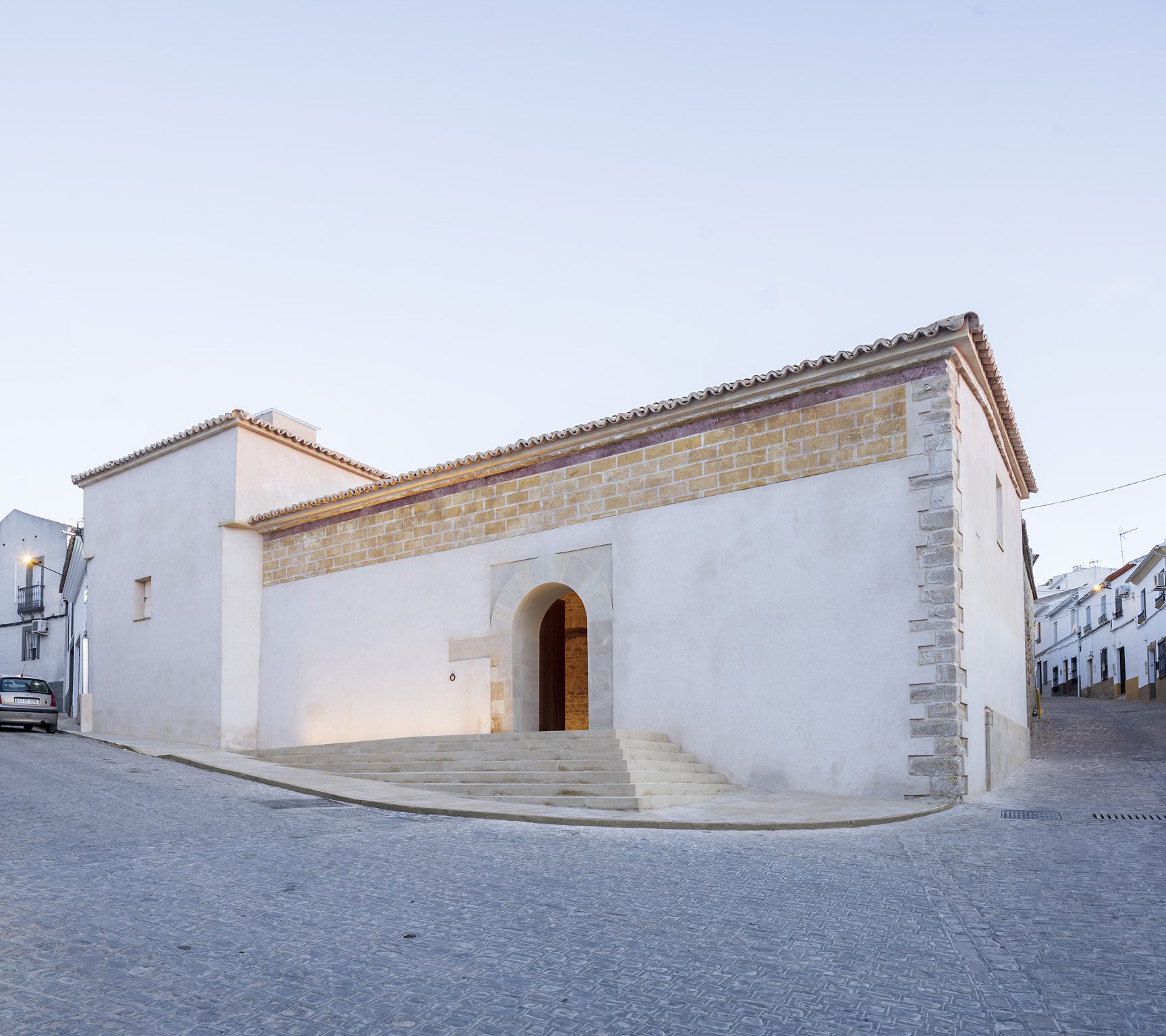 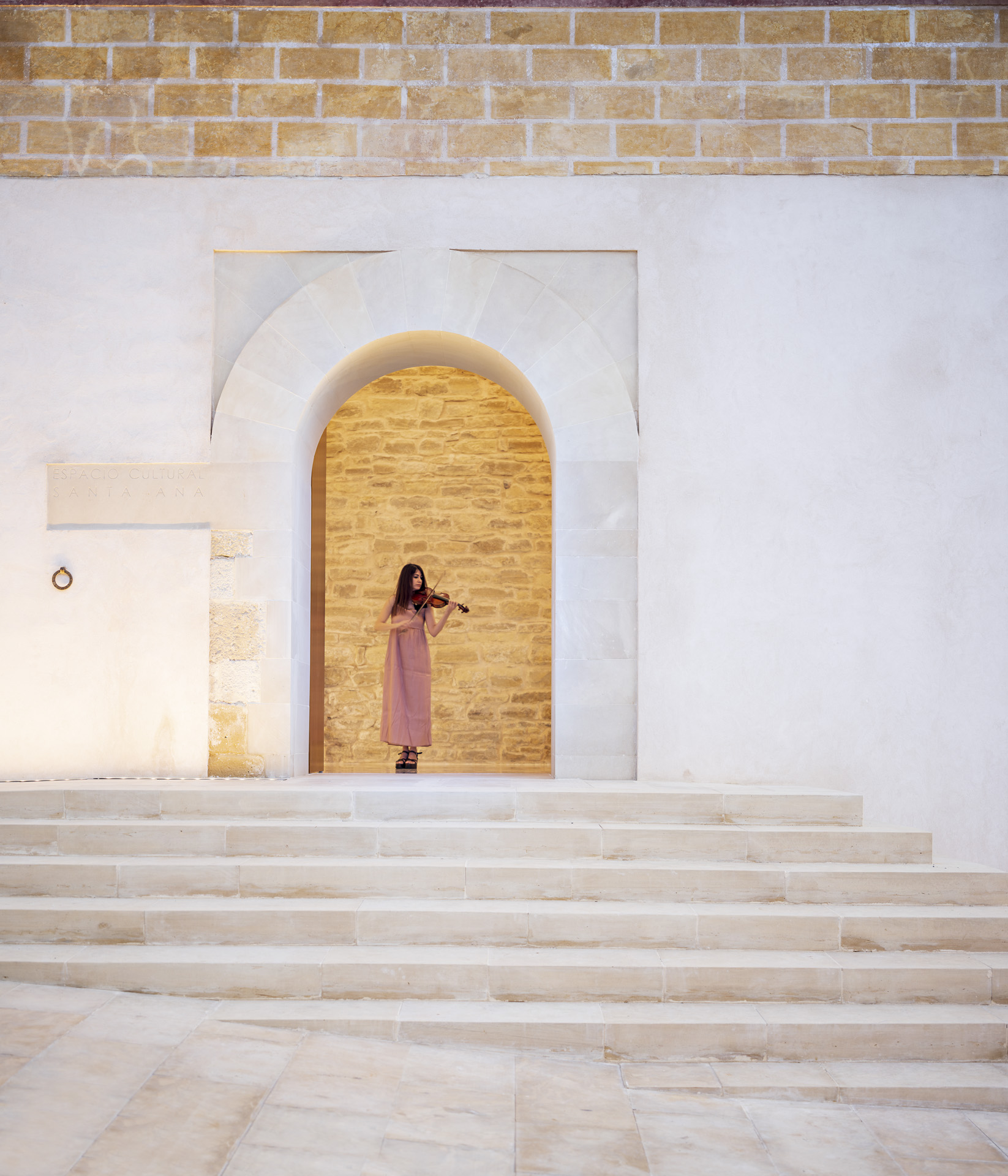 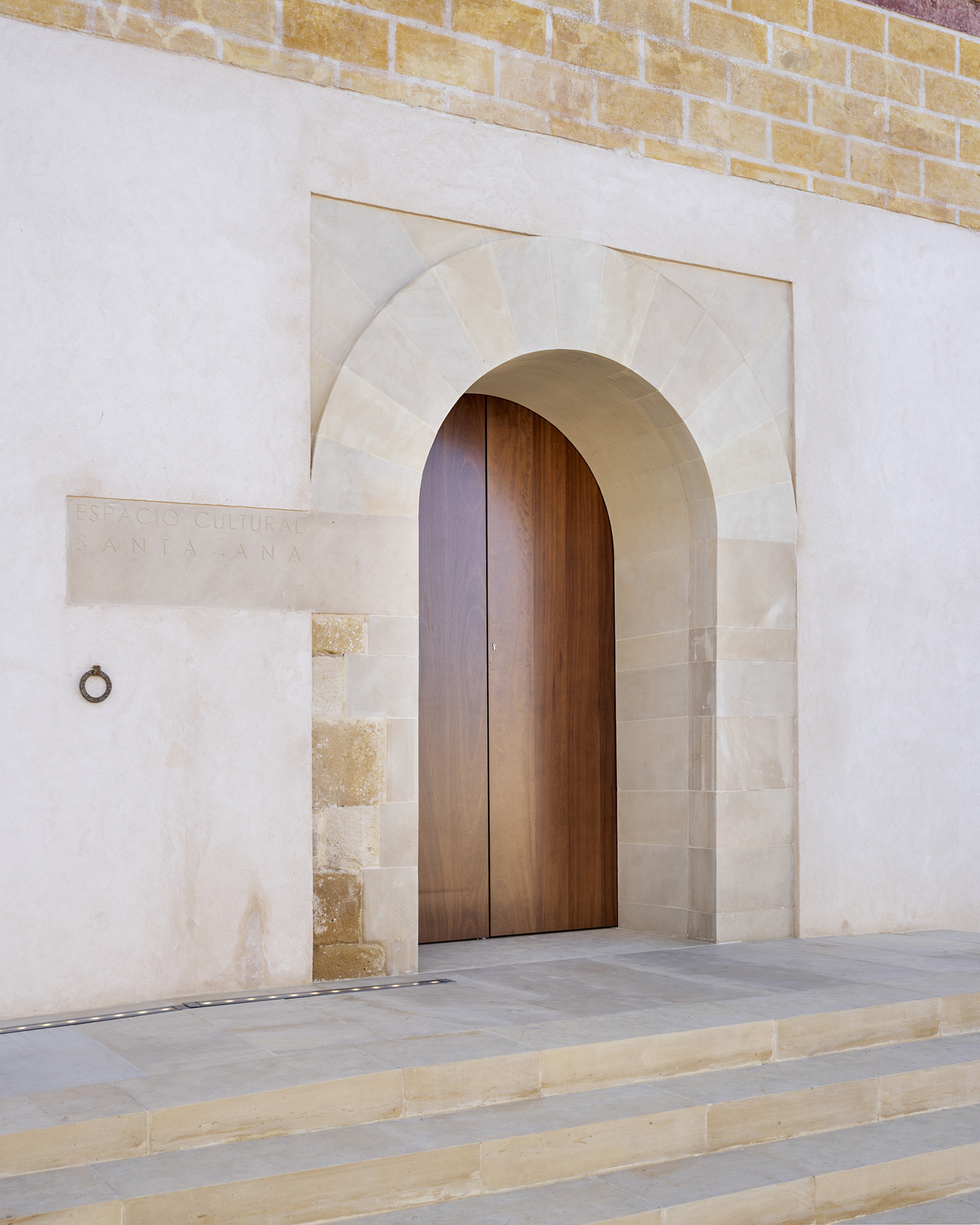 The architectural space is defined by light and matter. Constructing a space is not a constructive exercise, but the process by which these two elements coexist. We work on the remains of what was the hermitage of Santa Ana de Porcuna. A space battered by the vicissitudes of abandonment and aggressive interventions with the building. The main objective of the project was, recovering and restoring the pre-existing elements, to provide the element with the necessary spatiality to recover the essentials of the religious sphere.

With the entrance of light in an orderly, sober and serene way, the transcendental dimension of architecture has been recovered. To do this, as if it were a pantheon, a vertical oculus has been opened that tenses the space and allows “the light that comes from above to fall”. Given the archaeological component of a place of burials and tombs (result obtained from the different archaeological excavations) the new intervention should recover the volumetry and also provide what is necessary to characterize this architecture as that of a religious space.

The intervention for the Church of Santa Ana in Porcuna is organized on three different fronts: archaeological excavation (with the corresponding conservation of the remains), heritage restoration of the emerging structures and the incorporation of minimal contemporary architectural elements to enhance the value of the new space. Thus, with this “noli me tangere” we achieve that the pre-existing coexist with contemporary elements, knowing at all times what has been restored and what has been incorporated.