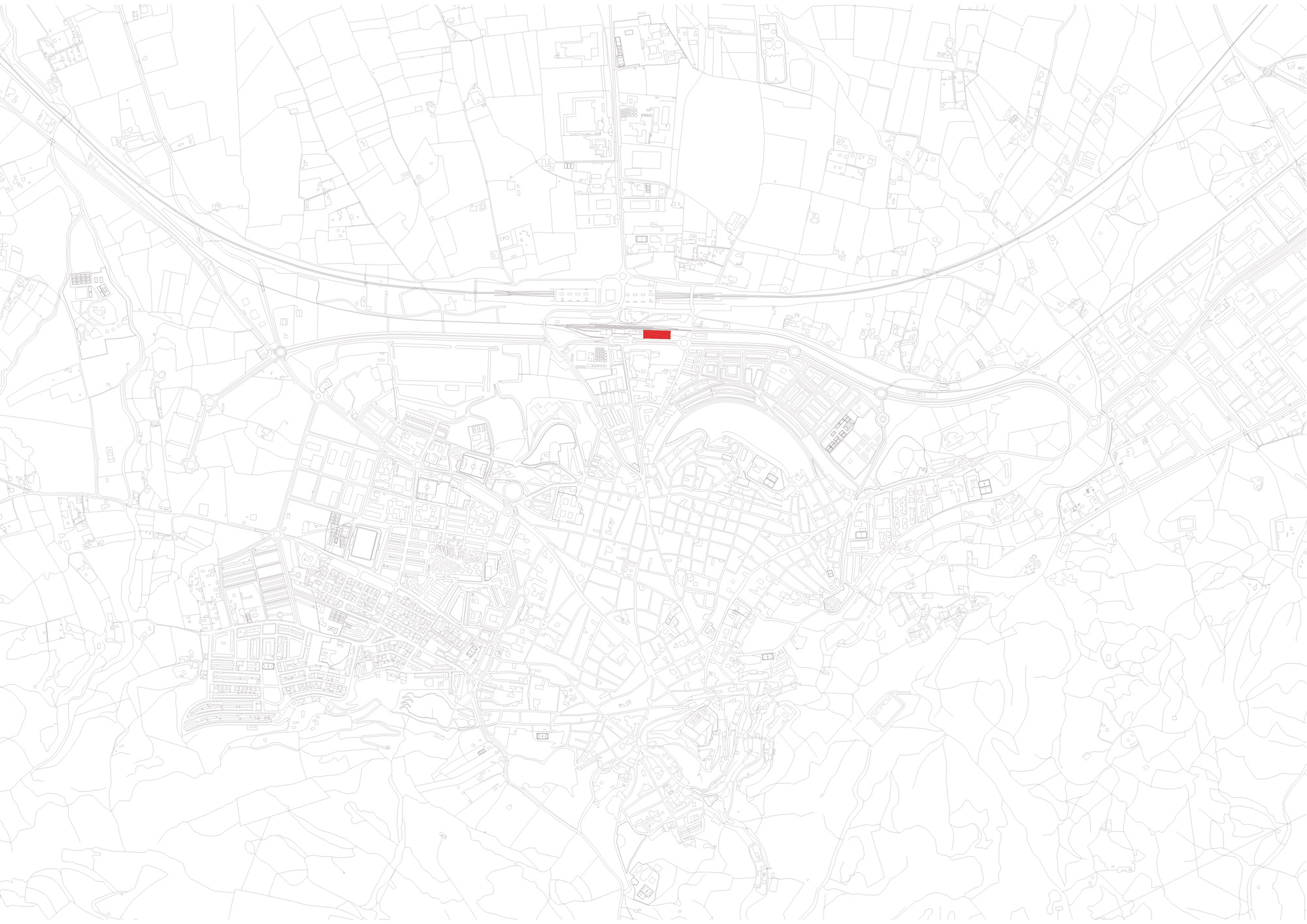 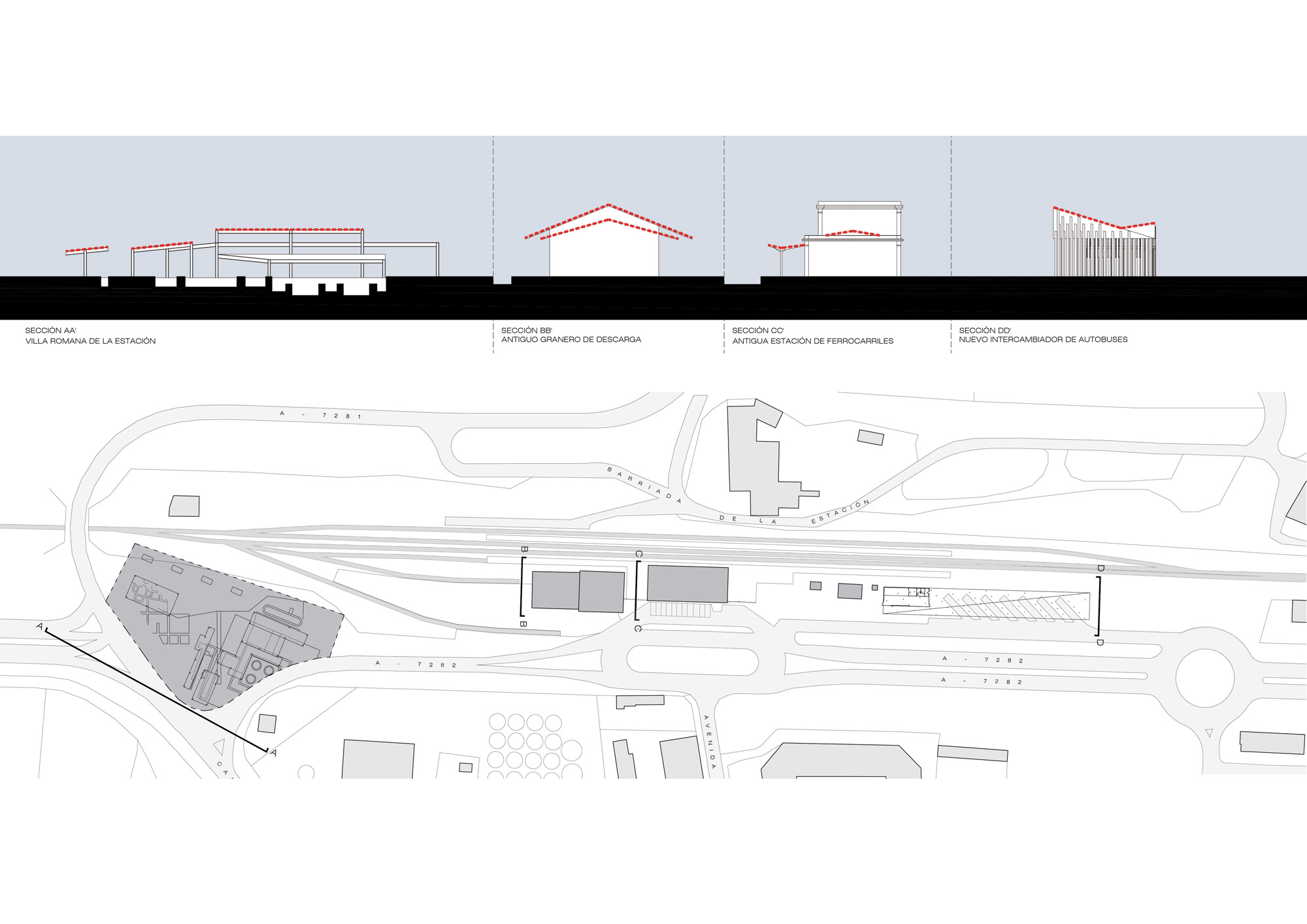 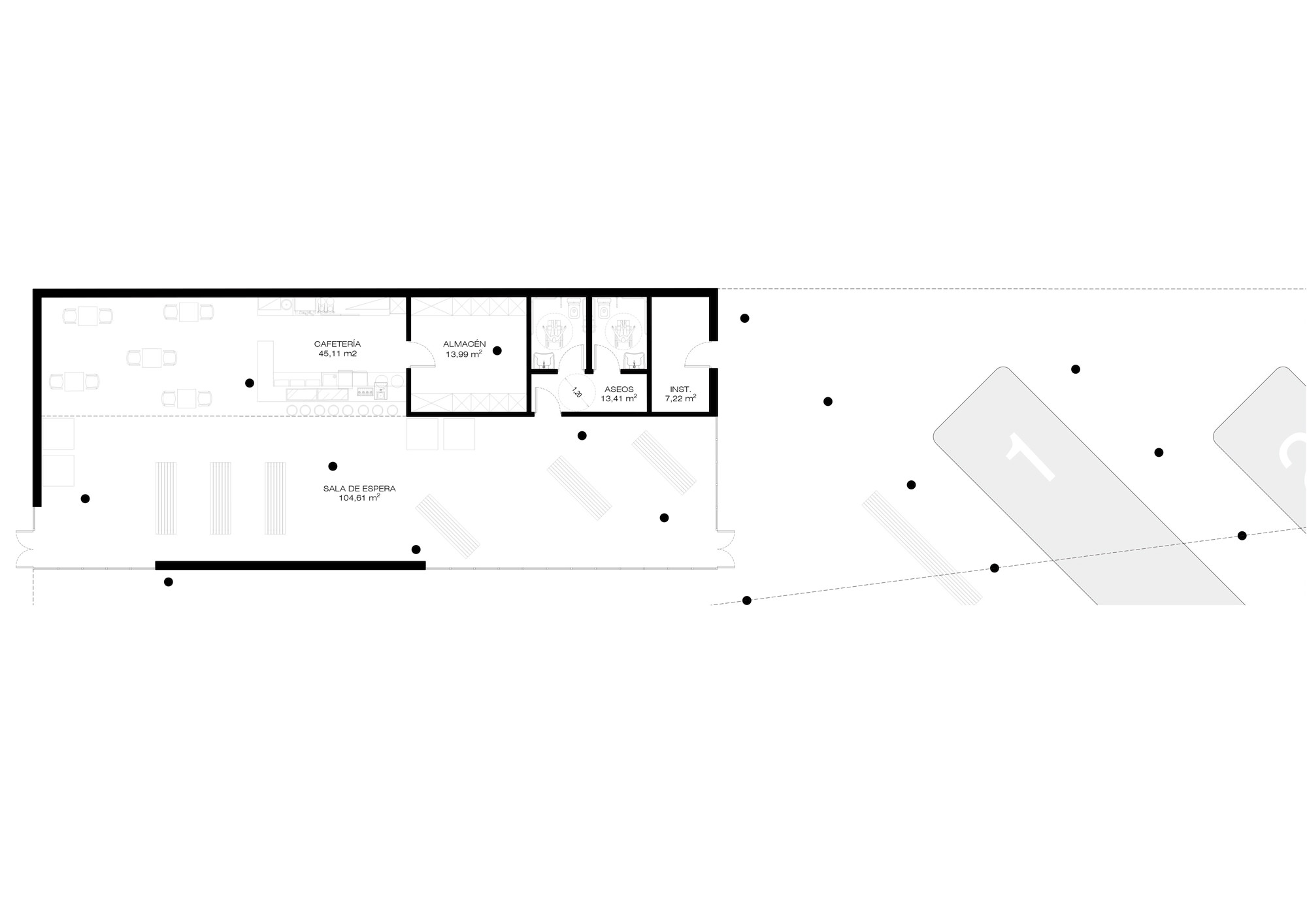 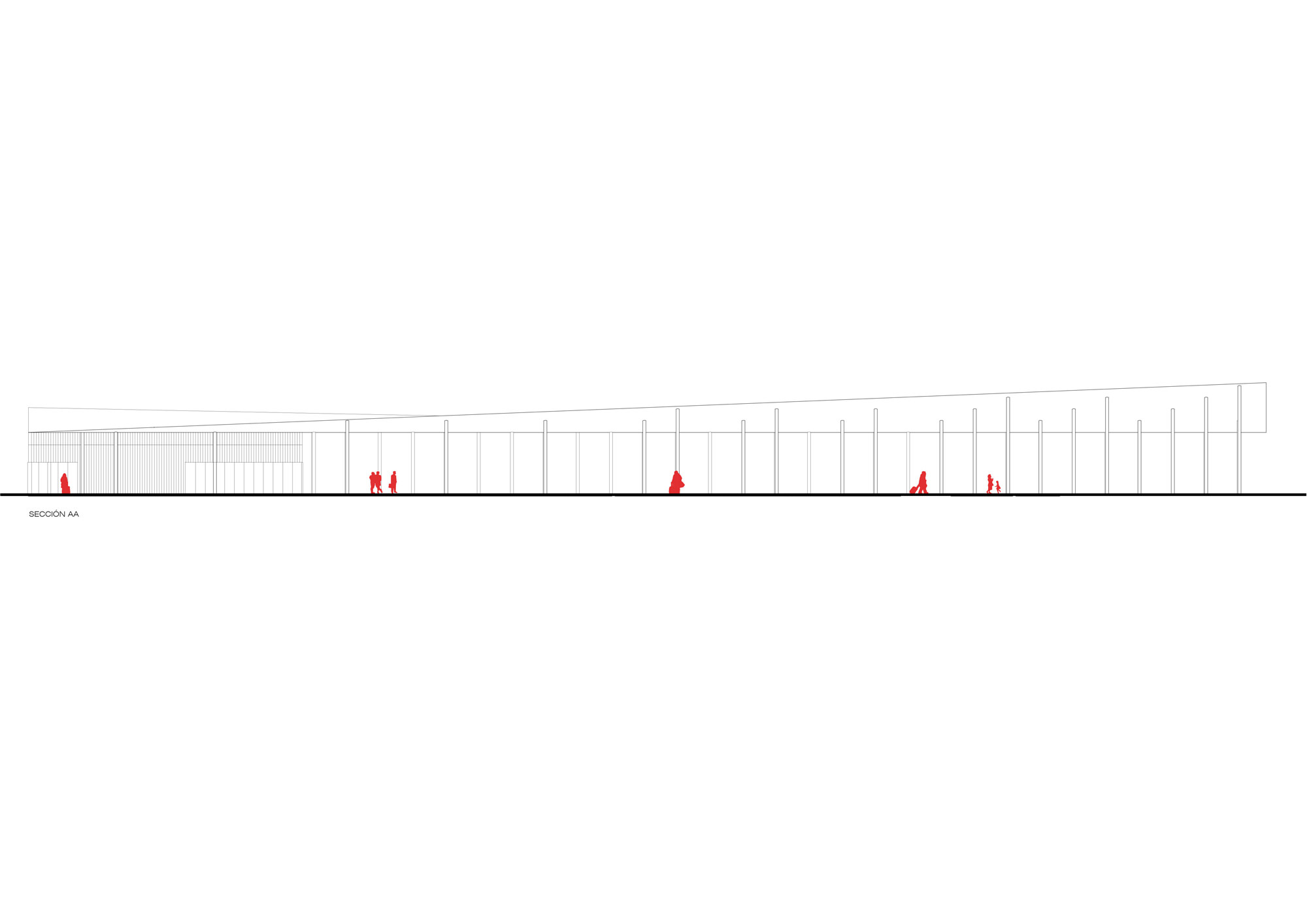 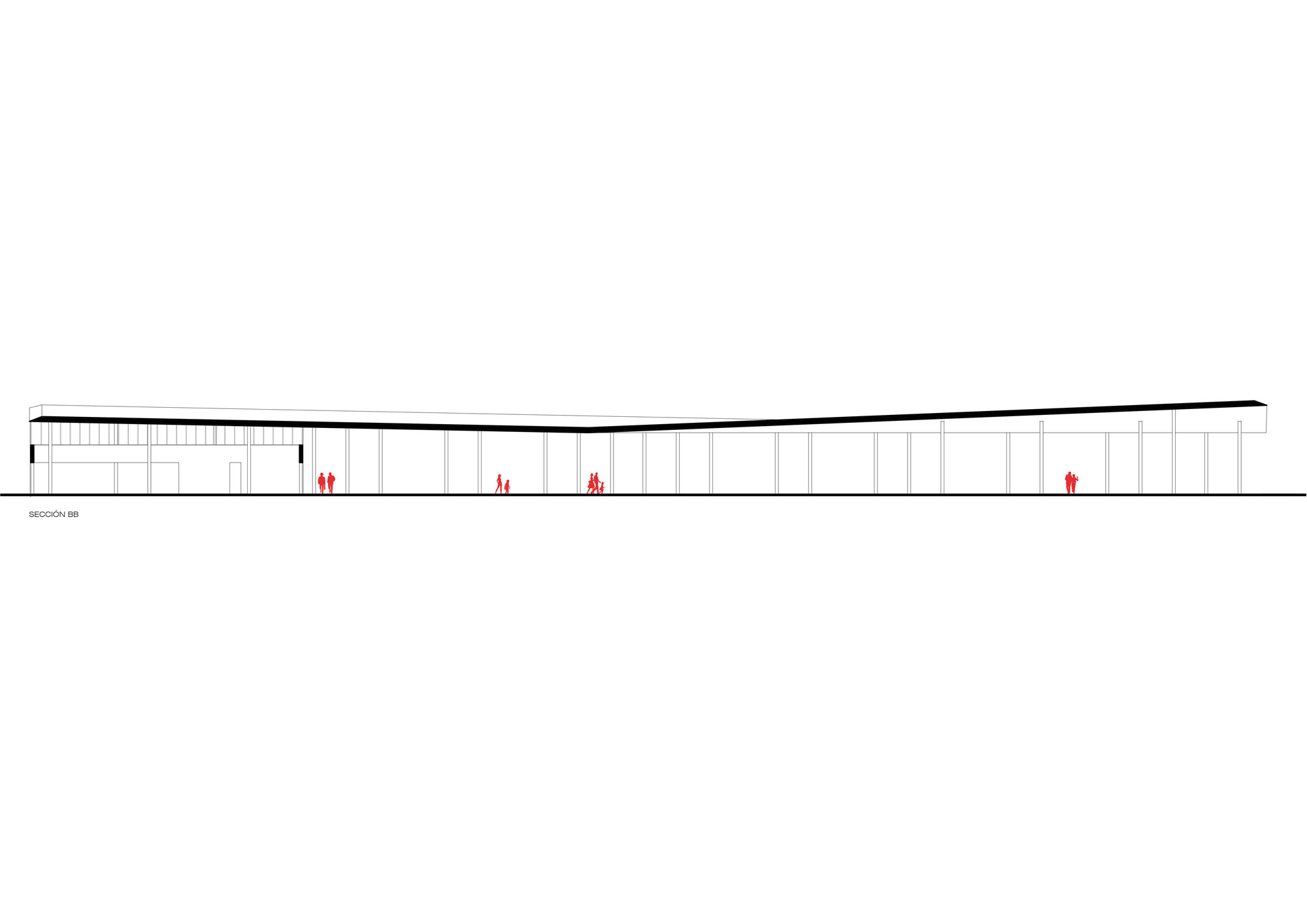 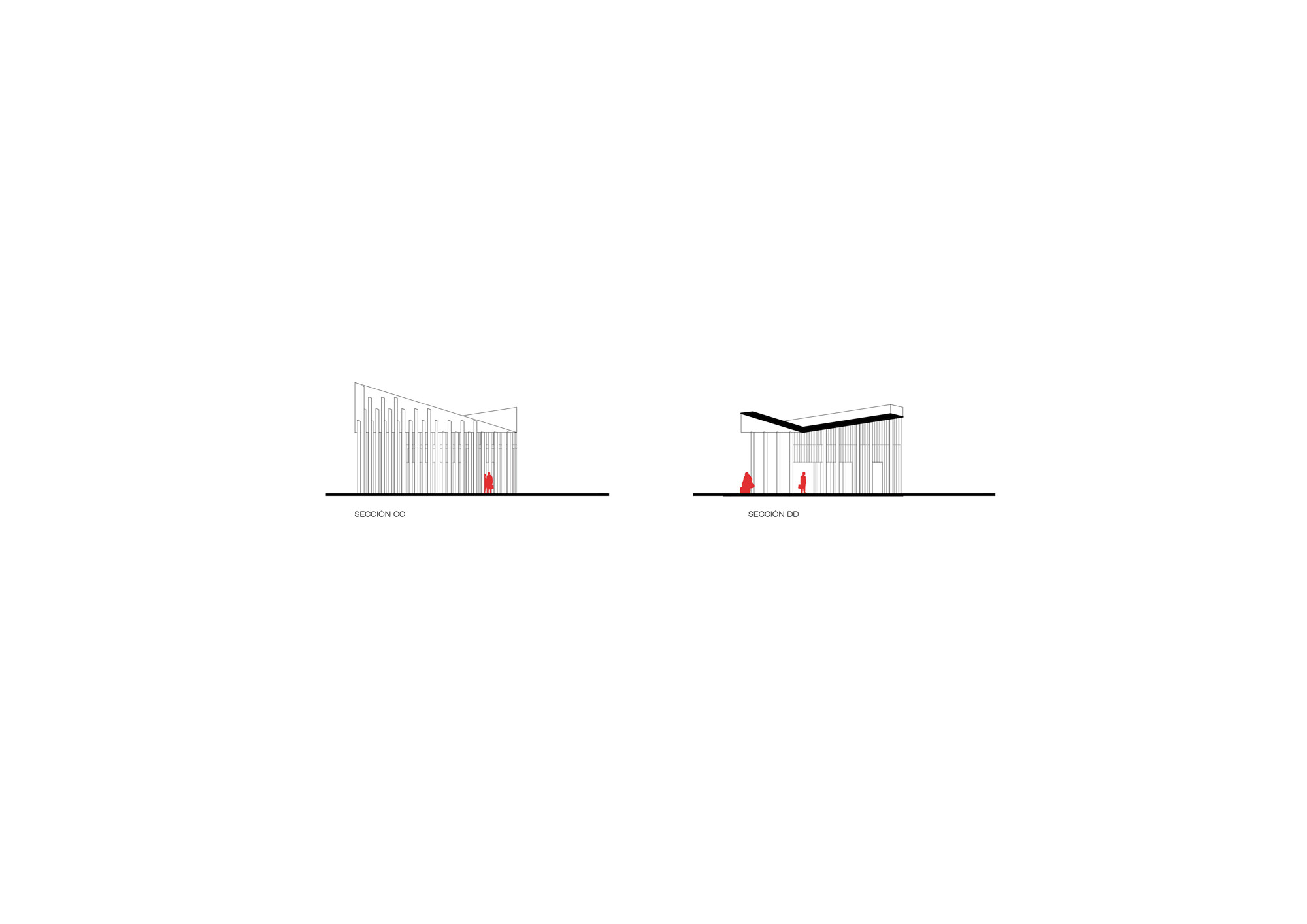 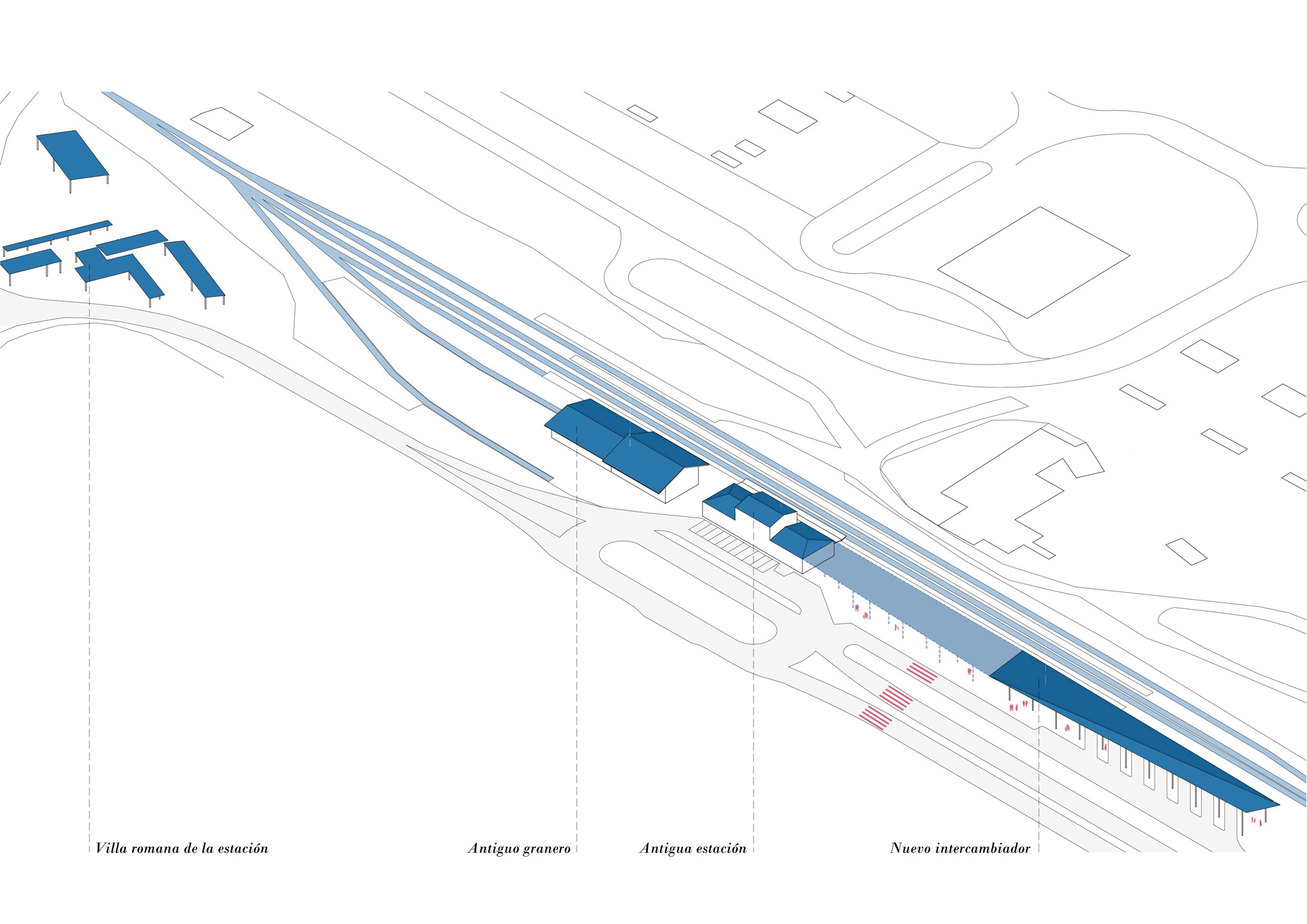 We believe that the new project for the Antequera bus station has to be a simple cover that is minimally perched, nothing more. A folded plane that collects the needs and underlines the horizon. A thin, clean plane. Thus, all the buildings that surround the area of ​​our intervention are characterized by being unique roofs, from the new project of the Roman villa, the old unloading granary with two inclined planes that served to protect the unloading dock, the inclined plane of the old station… and the new project will arise from a new inclined plane, longitudinal and diagonal. The proposed geometry allows in the future to connect both elements (bus interchange and train station), under the same structure, configuring a single communications pole in the city.

For all this we have “borrowed” the movements of a long roof, which it folds without generating large formal exercises that divert the traveler’s attention. The new interchange must opt ​​for a neutral, simple position that does not contribute new architectural discourses to the heritage environment. The project that we propose, assumes its awareness of expansion of the current train and commuter stop, to configure a single access nucleus.