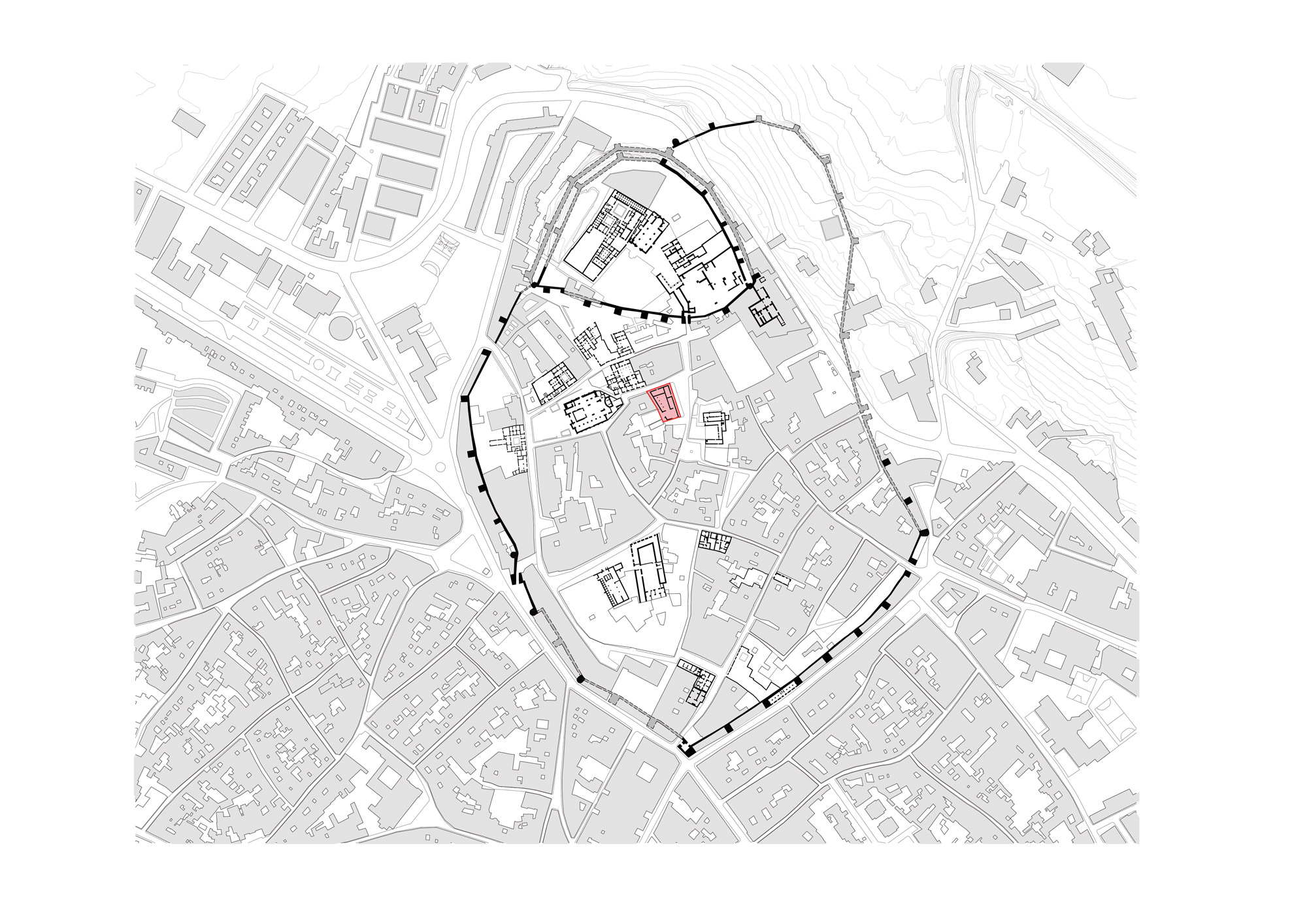 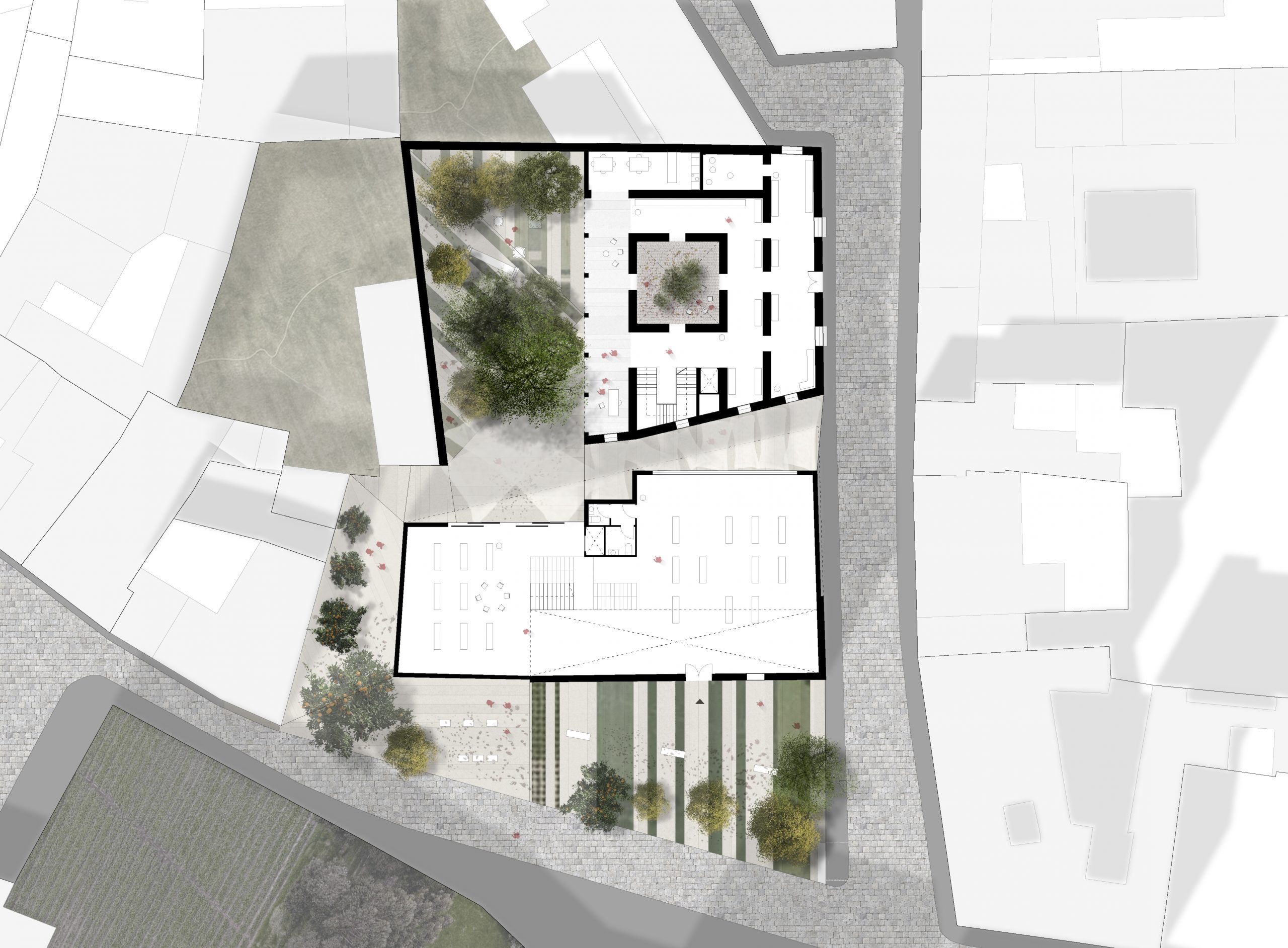 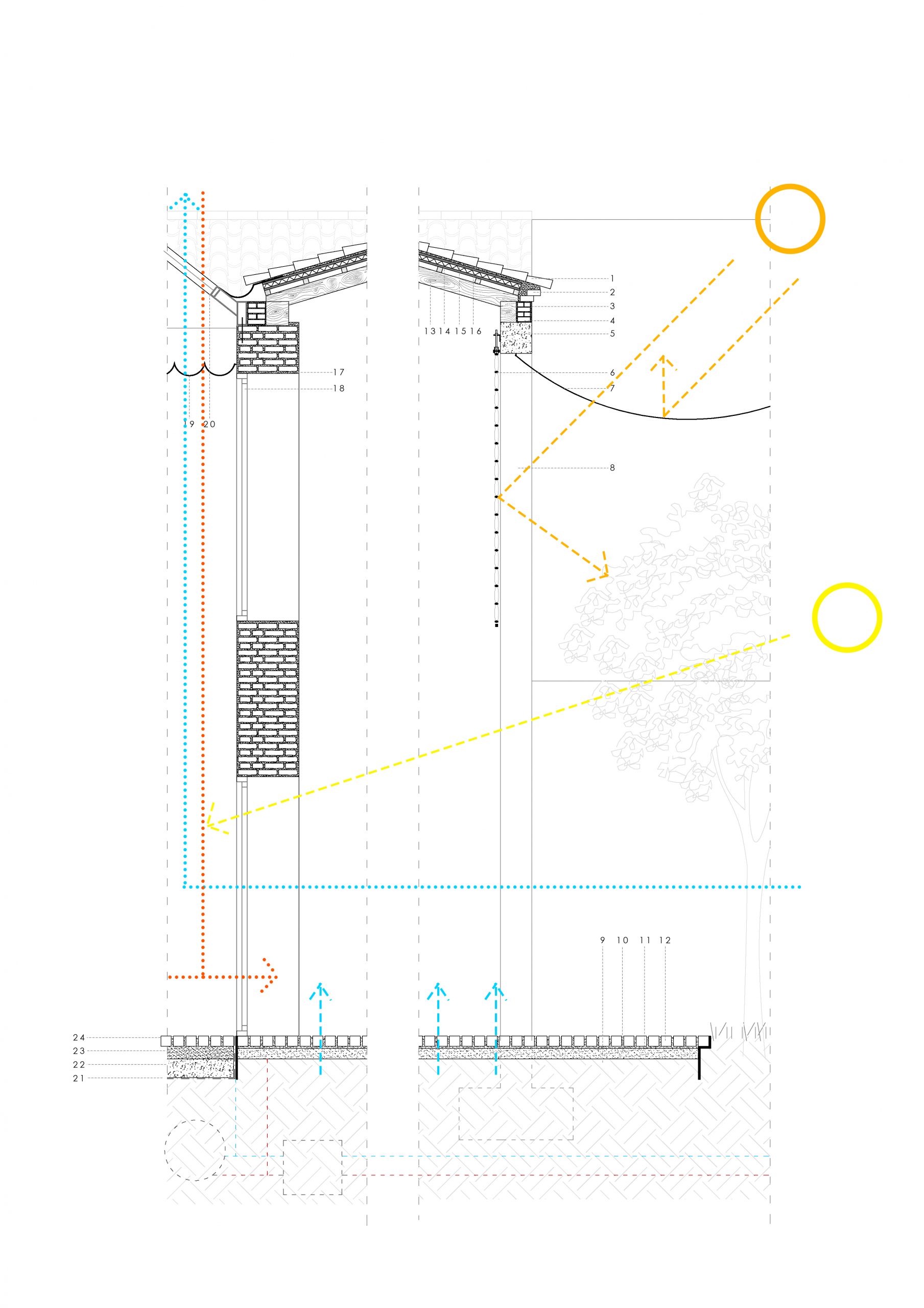 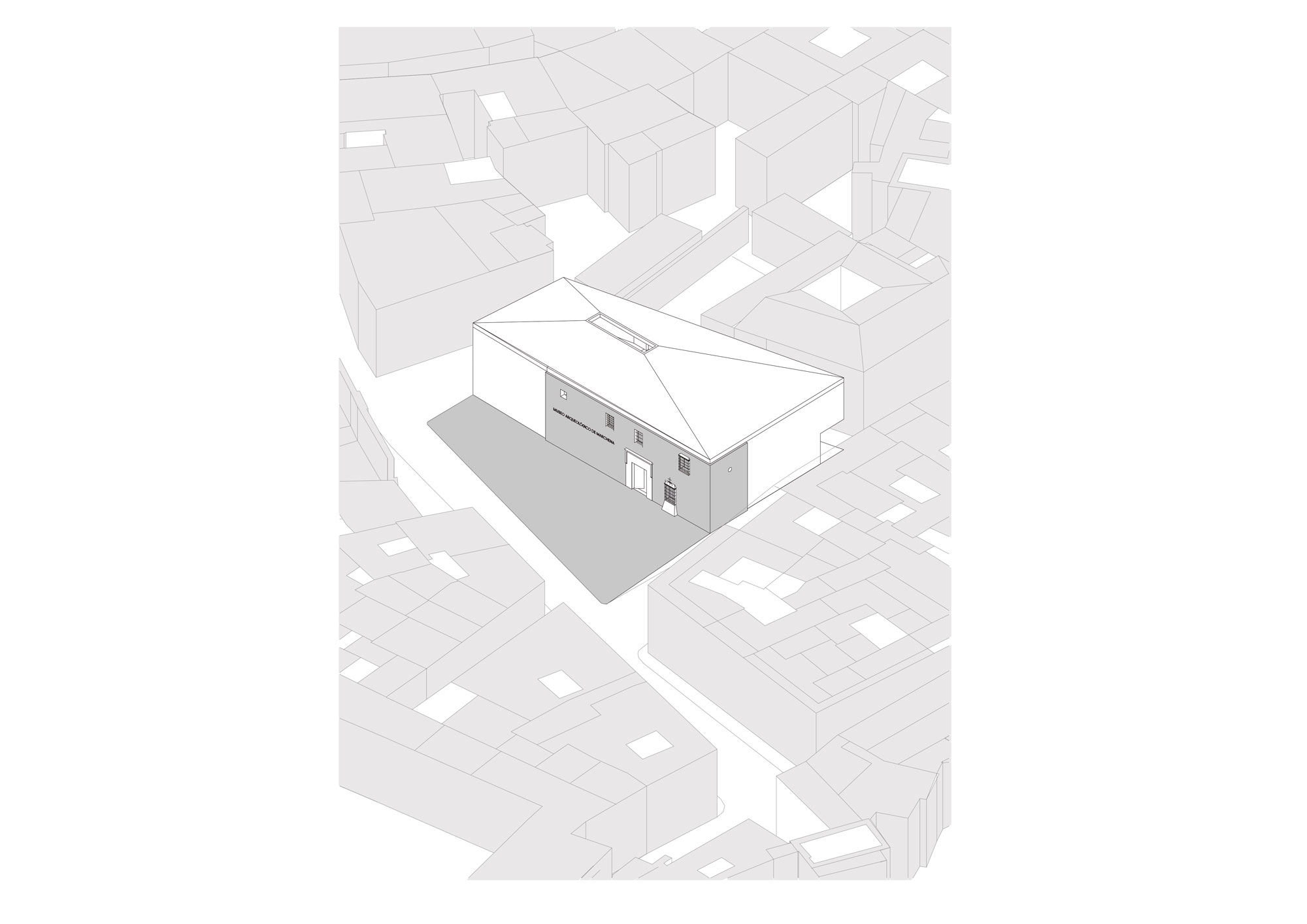 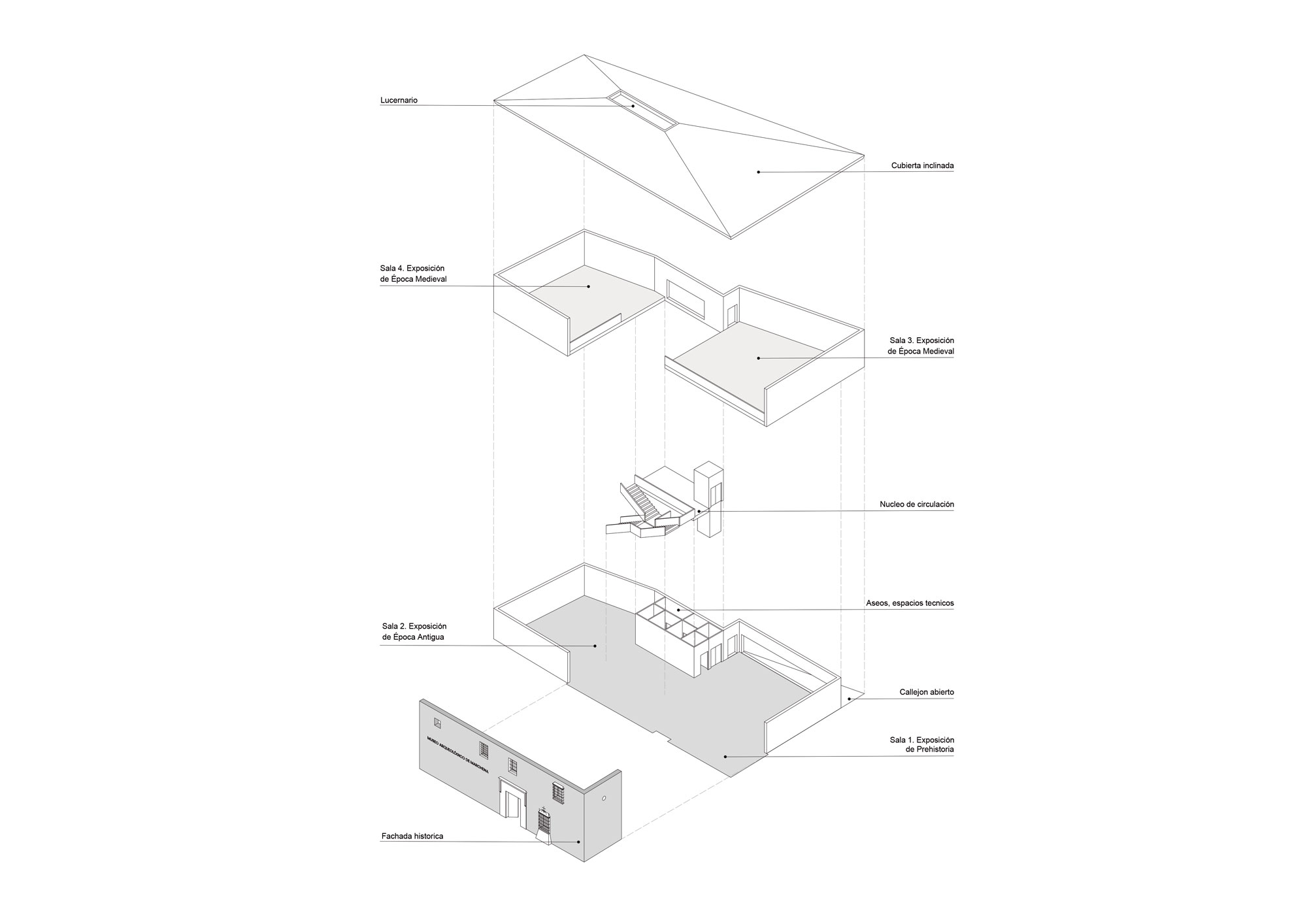 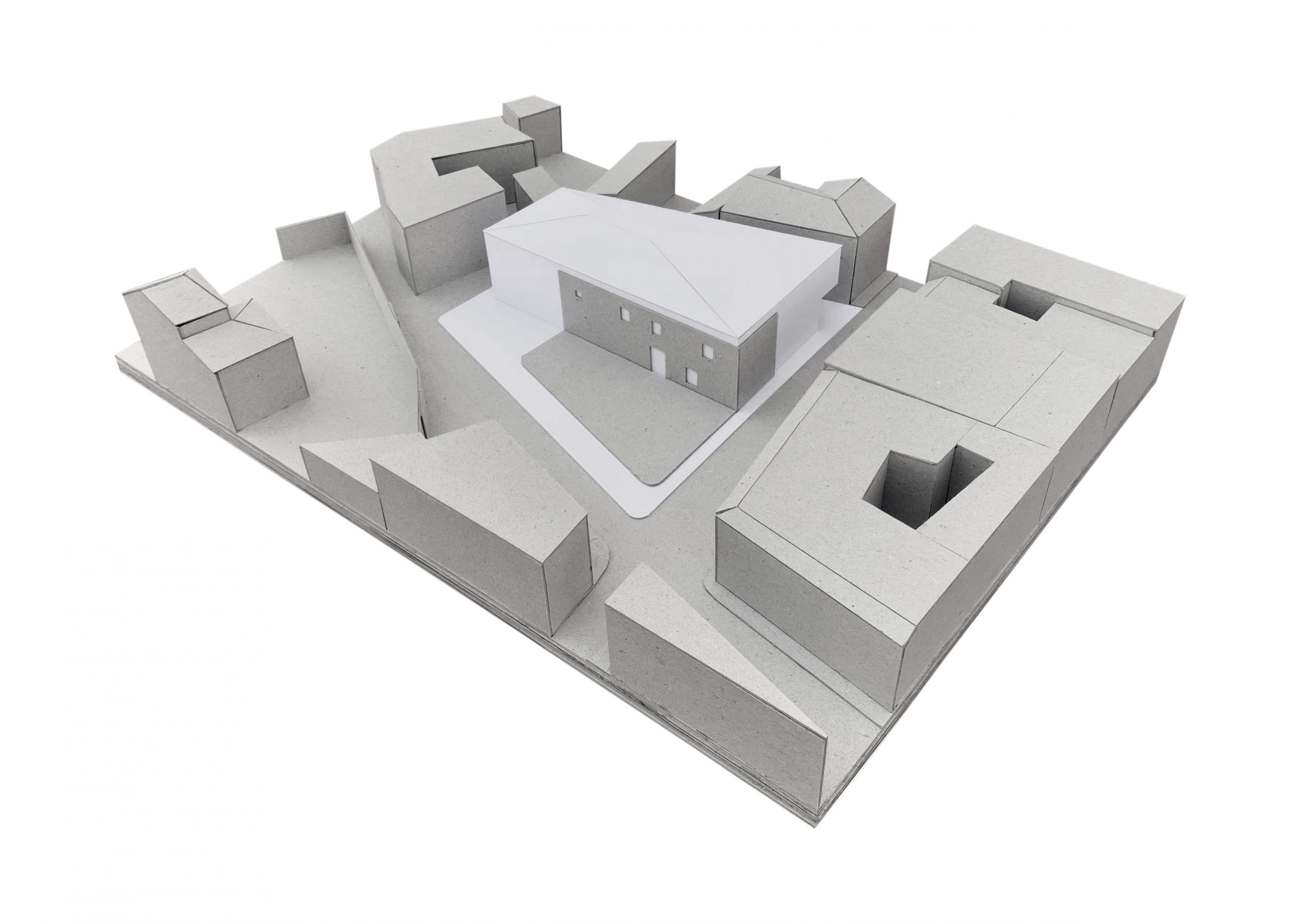 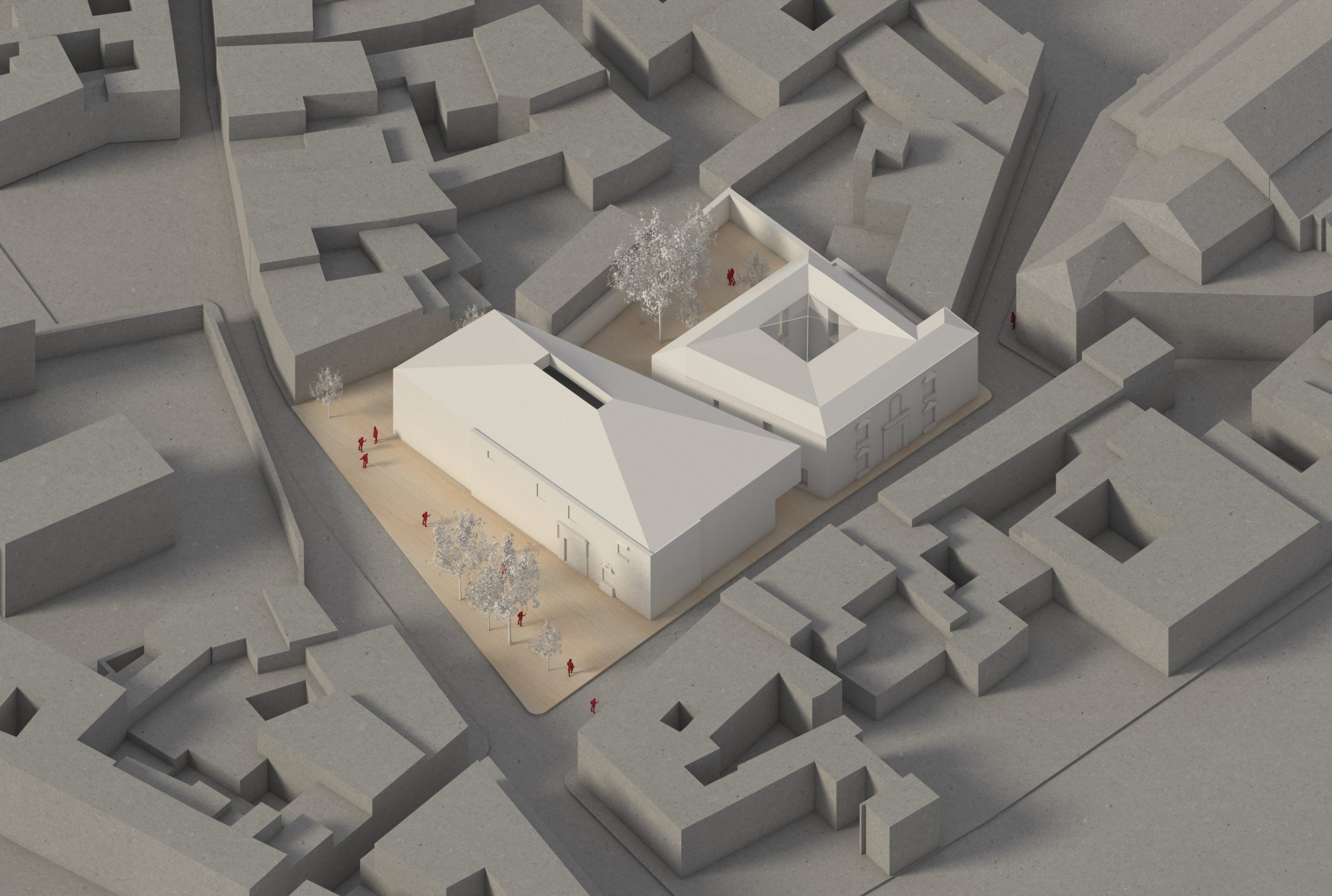 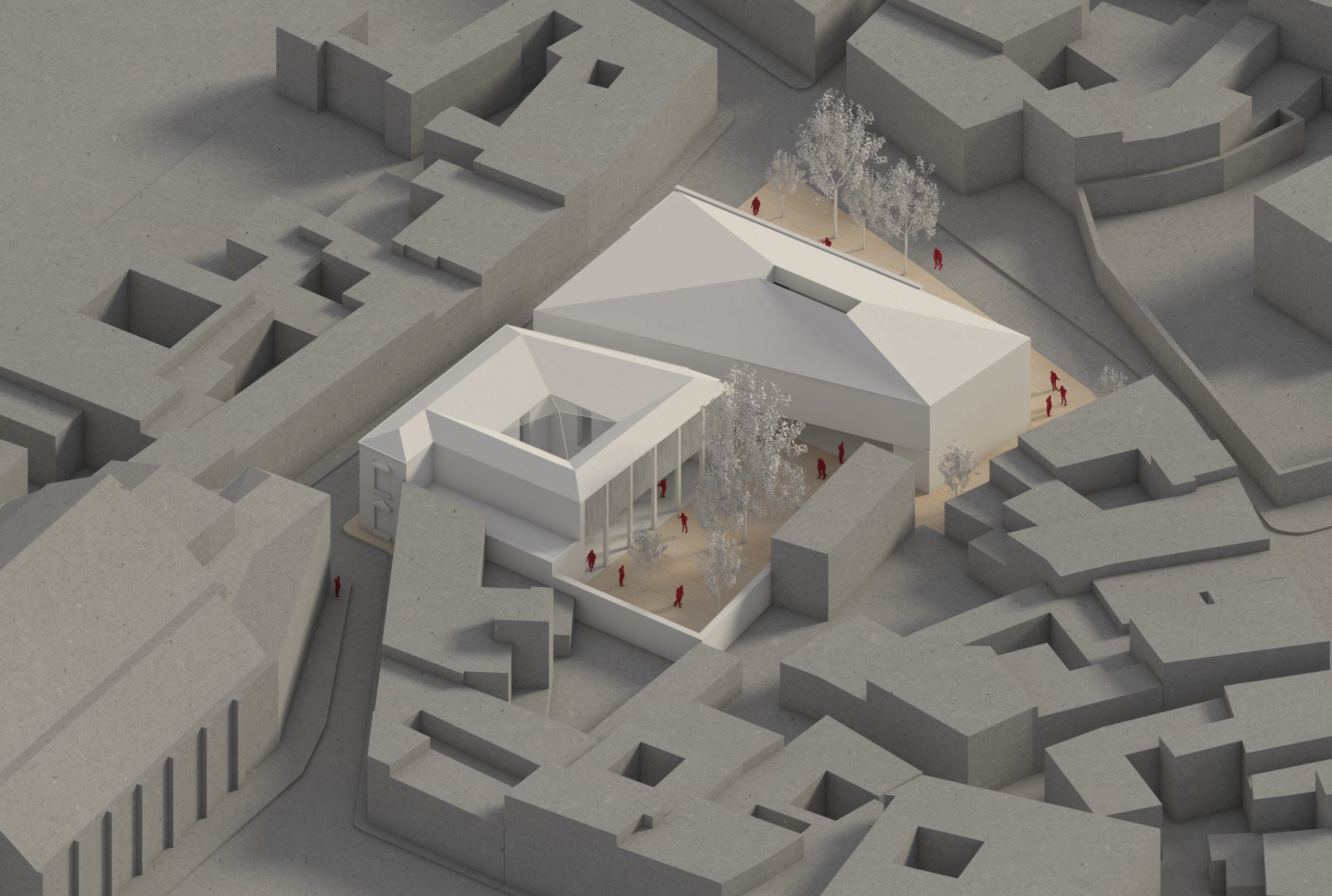 The building of the old prison of Marchena, a building from the end of the 16th century, evidences its use with an austere, sober and rigid physiognomy in shapes and lines. The various uses that have been housed inside have been gradually transforming the outside, but always maintaining its character of a prison.

In the 18th century the building undergoes important interventions, all financed by the Dukes of Arcos. Although the building was developed on two floors, in the 20th century it was transformed into an industrial warehouse, emptying the entire interior. It has come down to our days very transformed, given that not only has the dimension of the interior spaces that articulated these prisons been lost, but the back alley has also been attached to it. It is important to make a special mention of this alley, given that the intervention, as we will now explain, returns it to the public space.

The project proposes the construction of a compact, austere building, with neutral materials that recovers the original spatiality and that, together with the adjoining palace, will become the new Marchena archaeological museum. The two diaphanous floors divide the volume horizontally, leaving some double-height areas in order to make a better reading of the museum’s routes.

Taking into account the comprehensive approach of the intervention, there is an increase in the pedestrian area without any architectural barriers, eliminating road traffic and parking spaces. This pedestrian surface, both outside and inside, will be covered by white awnings, characteristic of the Andalusian vernacular tradition, as elements of sun protection. This will also reduce the total area of ​​direct solar radiation on the façade.

The building is configured as a white piece covered with lime, a traditional element that allows the architecture of these latitudes to close off radiation in summer and gain thermal inertia in winter, thus favoring the so-called “botijo ​​effect”.

The urban layout of the square is modified, generating a space of great relevance in front of the museum. This square, which eliminates vehicles, is what gives prominence to the new piece within the urban and heritage fabric of Marchena.