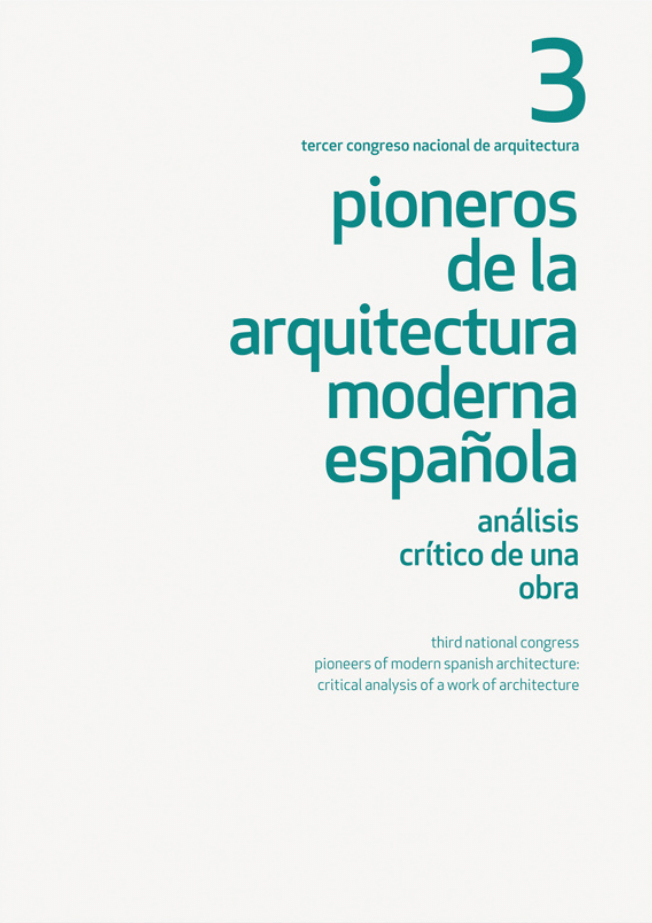 Ramón Pajares Pardo (1912-1993) has been one of the most influential architects in the panorama of modern architecture in Jaén. His incorporation as a technician in the Organization of the National Plan for Devastated Regions in Andújar in 1940 allowed him to study, analyze and intervene in the bleak panorama in which the province of Jaén was left after the Civil War. The influence of his masters, the architects Leopoldo Torres Balbás or Pascual Bravo Sanfeliú, will be evident in his architecture, in which the heritage recovery of the building will prevail along with a search for a new language and a new material strategy.

In the city of Porcuna he developed numerous projects, from the municipal market (1948), school groups (1943), social housing (1953), to the Civil Guard barracks (1953). But it will be the work carried out in the construction of the Town Hall (1955) which in a synthetic way collects a design logic typical of these moments of material scarcity and new architectural discourses. The Porcuna Town Hall building is located in an old Pósito Real, built by Carlos IV in 1798, and which since the end of the 19th century was the seat of the town hall. During the Civil War, given the heavy damage caused by the war in this area of ​​the province of Jaén, the building was left in ruins, leaving only the perimeter bearing structure and some minimal elements such as the portal. With these remains, Pajares Pardo will design a new property, rebuilding the old building and expanding it to an adjacent plot that had been practically empty.

The project firstly plans a study of the most frequently used local construction material. Given the proximity of the sandstone quarries that the municipality of Jaén owns, the entire project will be considered as a meticulous work of stonework. The construction by local artisans, and the development of this easily extracted material will make the work cheaper, making it viable.

The exceptionality of this work will lie in being a construction that, although born in a context of maximum precariousness, will not reserve itself in applying the most contemporary discourses. Facing the darkness of a post-war context, he will seek clarity in an immense glass patio. Faced with the withdrawal of an administration far from society, it will propose spaces for direct dealings with the citizen. And in the face of convoluted formal exercises, he will seek the sobriety of a clean and sensible rationalism.