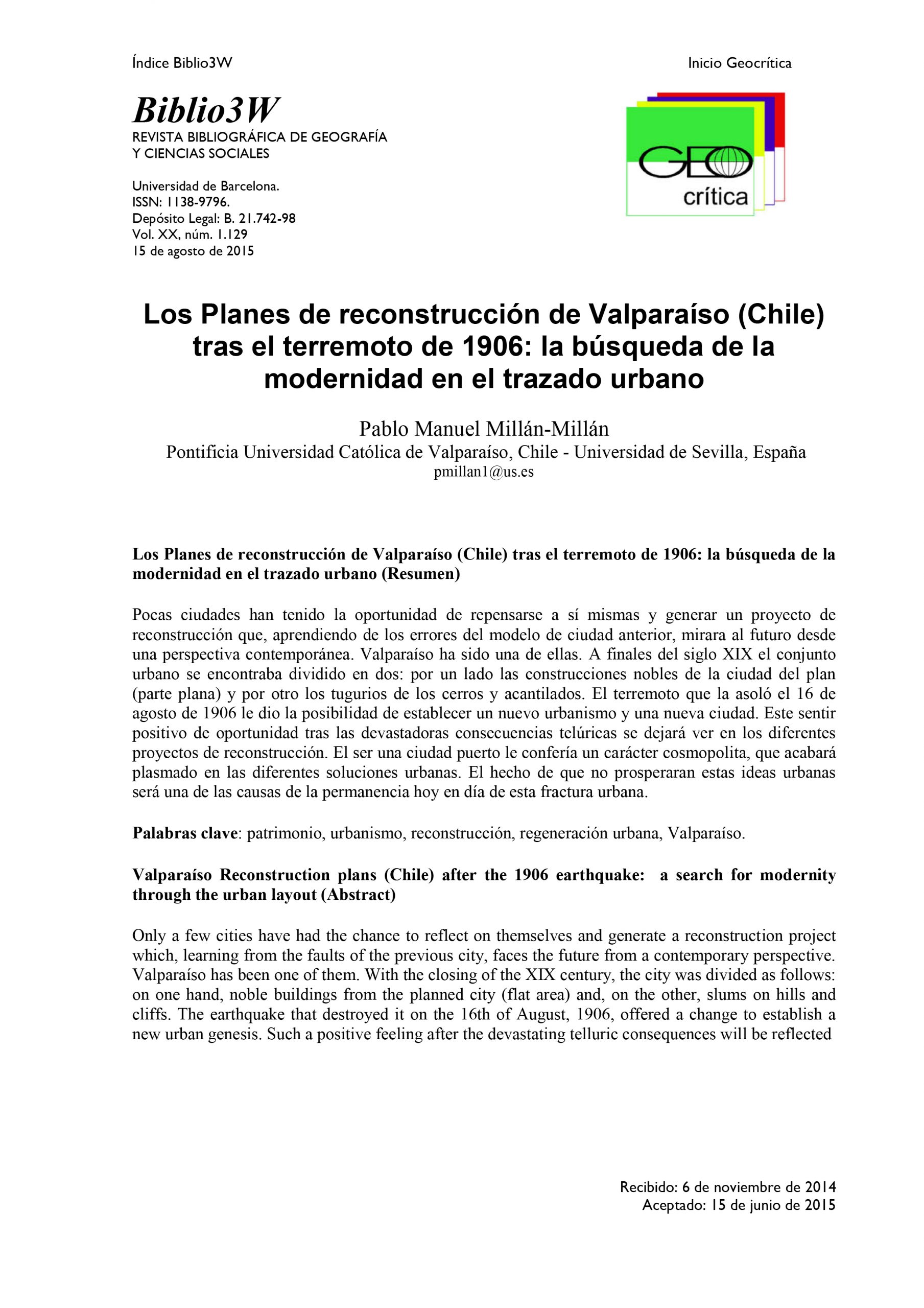 Only a few cities have had the chance to reflect on themselves and generate a reconstruction project which, learning from the faults of the previous city, faces the future from a contemporary perspective. Valparaíso has been one of them. With the closing of the XIX century, the city was divided as follows: on one hand, noble buildings from the planned city (flat area) and, on the other, slums on hills and cliffs. The earthquake that destroyed it on the 16th of August, 1906, offered a change to establish a new urban genesis. Such a positive feeling after the devastating telluric consequences will be reflected 2 Biblio 3W, vol XX, nº 1.129, 2015 on the different reconstruction projects. The fact of being a city with a harbour granted it a cosmopolitan character spread on the several and varied urban solutions. Such ideas not being developed will be one of the causes of today´s urban fracture.