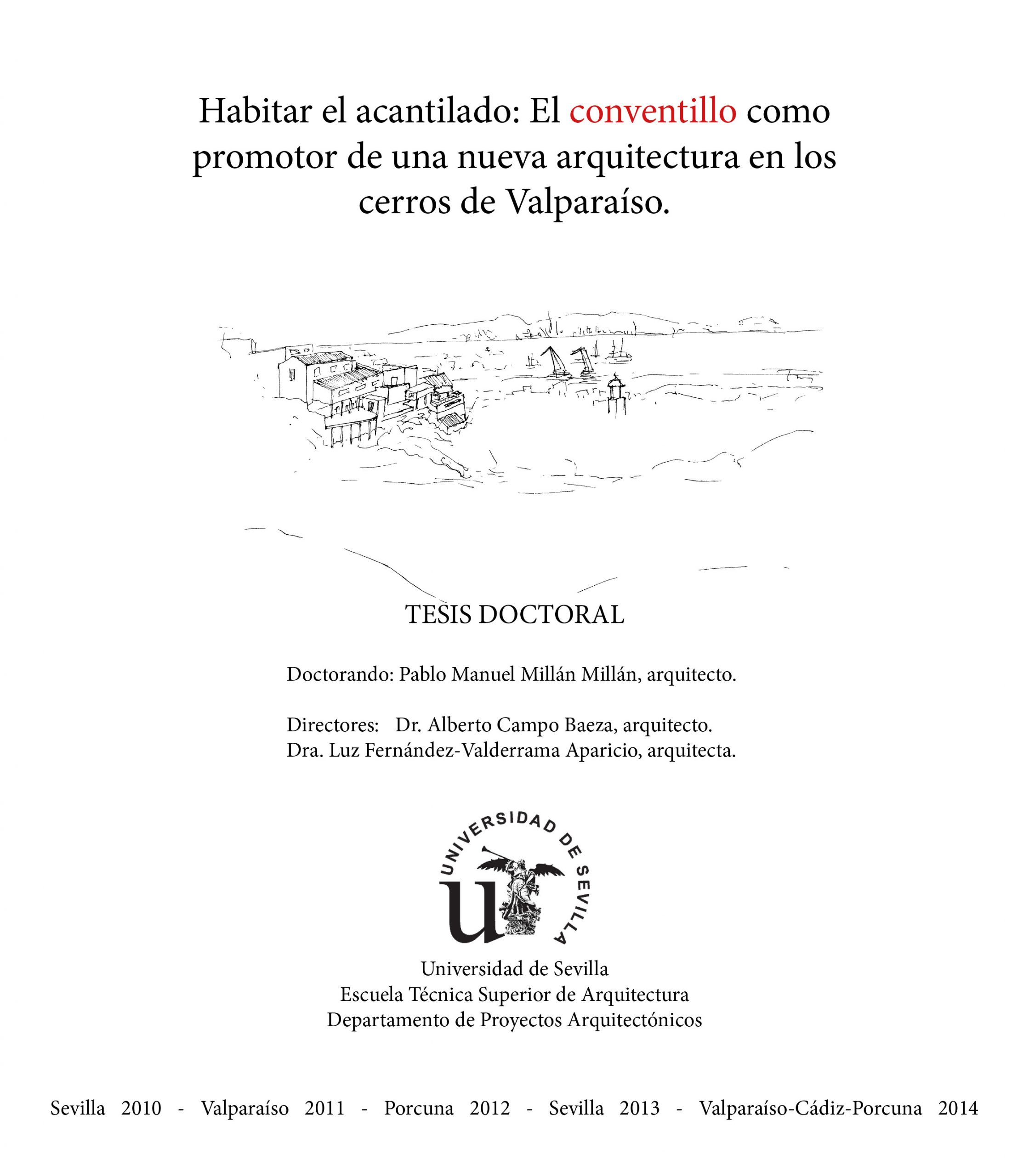 Since the middle of the 19th century, Valparaíso has been the administration, trade and harbour centre of the South Pacific. Due to its strategic geographical situation, the city drew the attention of constant migrating waves which, from the rural Chile and other countries and continents, were searching for new working possibilities thanks to its commercial and economic development. Such a social situation ran parallel to a deep change in the city at both urban and architectural levels, generating a strong rise of private and public building.

Adverse topography, proper of the geographical placement of the city, was one of the conditioning elements that forced the new dwellers to develop their proper inhabiting architecture. This thesis aims to contribute to architectural and heritage research as relation between past and present, analysing and characterizing the architectonic typology of poor people from the city in that moment -end of 19th century and beginning of 20th century-, ie., the so-called “small-convent architecture”. This piece of research will discover the exceptional nature of a way to cover the territory from a poor and inferior architecture.

Social segregation that runs together with the urban growth established in Valparaiso, pushing the lowest classes towards the highest areas on the hills and, therefore, forcing an adaptation of the architecture of working and poor classes houses to the new topography. The case with which we are dealing, will also take into consideration the afore-mentioned bucolic perception, without decreasing the implicit “slumming” phenomenon. To identify the exceptional nature of these architectural entities reflects the exact meaning of “exception”, this is, the fact of being uncommon, being different within a repetition context.

The fast pace at which the hills were occupied due to the continuous flow of immigrants, the scarcity of materials and self-construction itself are some of the features upon which laboratory architecture is based. Both the study of their origin and the analysis of their typological models present in our days will lead us to show that the unique nature of those architectures is a real evidence rather than a mere hypothesis.