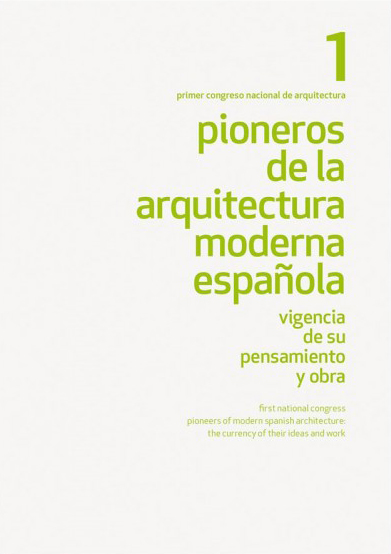 “The elusive magic of Alejandro de la Sota’s work can be seen in Alcudia’s drawings. Everything is transparent and explicit, and yet the architecture withdraws, hides, becomes almost opaque. These drawings admirably illustrate what this group of houses would have been if it had been built, and reflect the idea of ​​an architecture that, in a detached and austere attitude, is capable of denying itself”.

There is possibly no writing that better synthesizes the last stage of Alejandro de la Sota than these words of Juan Navarro Baldeweg in his text Alejandro de la Sota: build, inhabit. Transparency, austerity and introspection will be the three characteristics that support this housing project not built in its original location (La Alcudia, Mallorca) to be studied and projected later and almost built, with the support of the Alejandro de la Sota Foundation and the direction of Jorge Gomendio, in Las Negras (Almería).

The communication first poses an approach to the provocative challenge of adapting a project linked to an original place and persuaded by specific characteristics, such as the direct view of the sea or the elimination of any visual limit. On the other hand, it will study the challenge of transcribing and translating the original project to a new location. And, finally, to extract all those identity elements in the projected work belonging to the last stage of Alejandro de la Sota, characterized by reflection and the encounter with himself.

In this sense, it will be productive to see how a project developed in a moment of recollection, or as Fernández Galiano says “in its trans-modern and contemplative stage”, gathers the experience sought by de la Sota when he said in the memories of the same project that His intention was: “To see the sea from all the houses: to have an intimate life in all of them. An open house was thought of, turning the plot, the garden, into a real house, under bougainvillea and vines_ above them the solarium viewpoint.” A project that aims to merge the exterior with the interior, eliminate any limit that prevents the place from being architecture and architecture from being a place, an exercise in searching for the essential and eliminating the superfluous, will be some of the characteristics that not only in force today, but also intend to materialize it in contemporaneity. As Manuel Gallegos says about the project: “Strictly speaking, the house has an uncertain limit, since it clearly incorporates all these ingredients and is projected onto the plot and, beyond, into the sea and the mountains.”